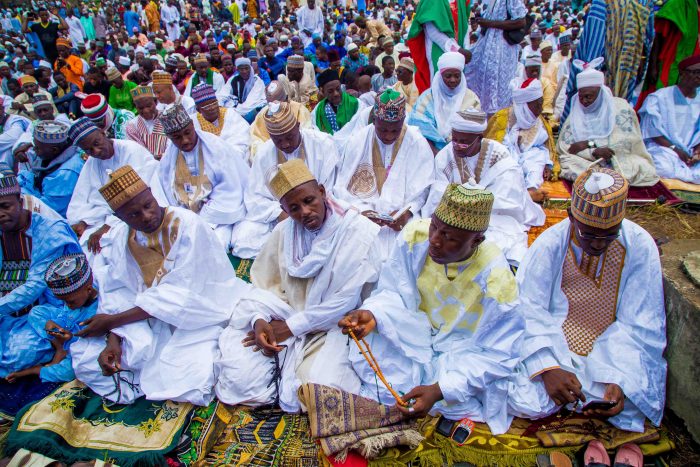 No fewer than 100 Islamic scholars on Monday has commenced three days fasting and prayers for national peace and unity in the country.

The team leader of the Volunteer and Patriotic Muslim Scholars, Malam Salihu Abdullahi-Mai, said at a news conference in Tudun Wada, Kaduna, that the group mobilised 100 clerics for the three days fasting and prayers.

According to him, preachers have been authorised to commence prayers and fasting for God’s mercies over the current security situation in the country.

“We believe that in whatever situation we find ourselves, prayers and fasting are the solutions to all mankind problems because God listens to his servants at any time.’’

The prayers and fasting which started on Monday was aimed at calling on God to save Nigeria and parts of Africa as a result of rising insecurity, terrorism, kidnapping, youth unemployment, poverty, and other vices.

According to him during the three days’ event, there will be daily recitation and memorisation of the Holy Qur’an and some other special prayers which will be offered at various
Mosques.

Abdullahi-Mai equally appealed to Nigerian clerics to always remember to include Nigerian Army that was on peace mission across the universe in their prayers and urged faith organisations to also offer special prayers for peace and stability in the nation and beyond.

The cleric said, “what is happening in Nigeria is a sign that we have offended God in so many ways, therefore, we have to seek for his forgiveness.”

See How Garlic Can Make You Live Longer in Good Health