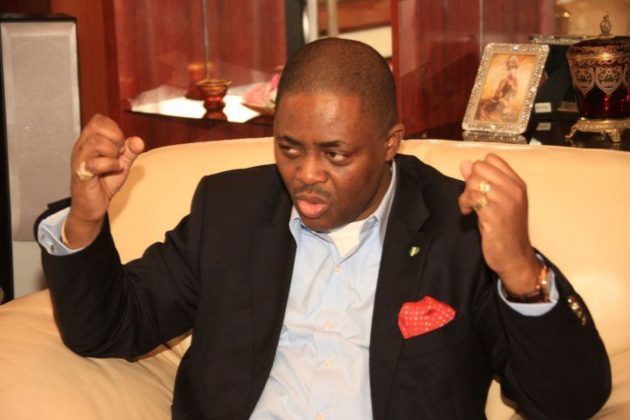 Former Minister of Aviation Femi Fani-Kayode has reacted to an explosion that rocked the Ekiti State Government House.

It has been reported that an explosion rocked the Ekiti State Government House on Saturday causing tension in Ado Ekiti, the state capital.

It was gathered that the explosion ripped some of the buildings at the old government secretariat located at the Oke-Oriomi area of Ado-Ekiti, where the Ministry of Local Government and Chieftaincy and some other agencies and departments were located.

Other buildings located over two kilometres away from the scene of the incident were also affected.

It was gathered that the explosion occurred at the Ordinance Explosive Disposal Department (EoD) of the Ekiti police command.

The bungalow housing the EoD office was ripped apart, while the adjoining offices that housed the office of the Nigerian Union of journalists, Correspondents’ chapel, Ekiti chapter was badly affected.

Reacting in a post on his Twitter page, Fani-Kayode stated that no amount of bombs can stop sons of Oduduwa from exercising their right of defence.

Fani-Kayode wrote: ”Those that sent a signal by detonating a bomb in Ekiti should know that not even 1000 bombs can stop the sons of Oduduwa from protecting themselves, taking their destiny in their own hands and exercising their right of self-defence & self-determination at the appropriate time. NO FEAR!”