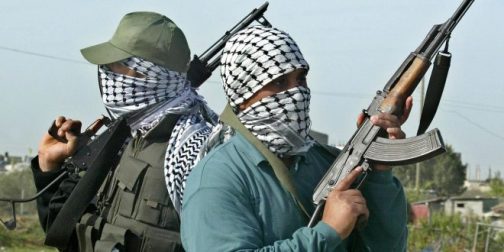 About 200 gunmen have raided a military base in Allawa, Shiroro LGA of Niger state, killing six soldiers and a mobile policeman.

The gunmen also burnt down the base before moving into the communities where they also killed seven people and abducted several others.

The daredevilry attacks happened on 31 March, triggering the abandonment of the community by soldiers.

Residents of Bassa, Zumba and others in Shiroro and Munya local government areas under siege by bandits, are panicky as the soldiers were said to be “on retreat”.

Gov. Abubakar Sani-Bello of Niger has condemned the killings.

Bello in a statement by his Chief Press Secretary, Mrs Mary Noel-Berje, in Minna on Friday assured residents of the beleaguered communities not to panic.

He allayed the fears that the Taskforce camps were being deserted.

Bello urged the communities not to be apprehensive but to remain calm as the security agents have retreated to re-strategise and not left them completely.

“The military have evacuated the corpses of the gallant officers who died in the faceoff with the bandits and have retreated for a while to re-strategize.

“They have not left or abandoned the communities,” he said.

He said the increasing banditry and kidnapping in some parts of the state called for constant re-strategising.

He said government and the security agencies have remained steadfast and would ensure that the criminals are eliminated.

The governor commiserated with the military, the Nigeria Police Force and the communities affected by the activities of the bandit over the death of the seven security agents and all the people killed in the area so far.