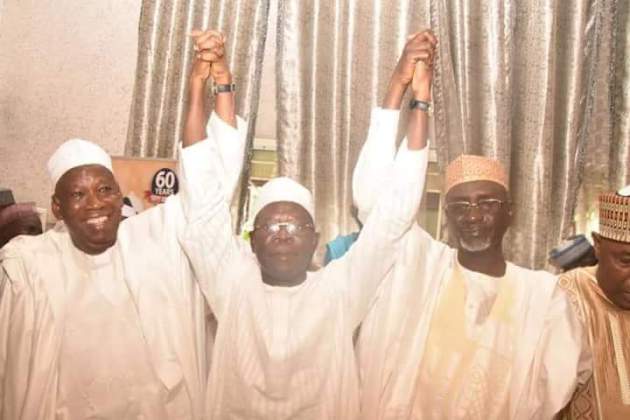 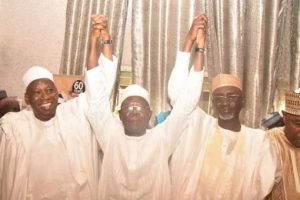 At present, Rabiu Musa Kwankwaso, also a former governor and PDP member, is the holder of the seat. Kwankwaso won the seat as a member of the APC in 2015.

The offer was part of the terms reached by both sides which culminated in Shekarau formally parting ways with the Peoples Democratic Party (PDP) on Friday, The Nation reported.

The embattled Senator is also believed to be eyeing a return to the Senate in the event that he loses at the PDP presidential primaries.

The newspaper reported that Shekarau rebuffed  last-minute efforts by the PDP to stop his switch to APC.

Sources said he shut his doors against the PDP and its national leader, Senator Bukola Saraki, who doubles as Senate President.

It was learnt that PDP and Saraki had made spirited efforts in the last 72 hours to reach out to Shekarau with a view to averting his defection to APC.

The only concession made to Shekarau by PDP was said to be a slot in the seven-man Caretaker Committee of the party in Kano State.

The PDP’s face-saving concession came after the legally elected PDP State Executive Committee was unilaterally dissolved by the National Secretariat of the party despite a court order.

The National Chairman of APC, Comrade Adams Oshiomhole, yesterday led a high power delegation of the party to Kano to woo Shekarau.

The APC was said to have tabled its offers to Shekarau as a sign of its readiness to welcome him into its fold.

The terms include automatic integration of Shekarau’s group into the APC structure in the state; automatic Senatorial ticket for Kano Central, commissioner slots in the Kano State Executive Council, many seats in the House of Representatives and State House of Assembly and Federal appointments, among others.

It was gathered that there will also be ministerial slot(s) if APC government is re-elected in 2019.

A top source said: “APC delegation went to Kano in order to beg Shekarau to join our party where he has like minds with progressive inclination.

“Do not forget that he was a long-standing associate of President Muhammadu Buhari in the defunct All Nigeria Peoples Party (ANPP).

“We considered him a prized politician who can make an electoral impact in any political party. What PDP does not value, we went for it.

“After preliminary engagement in Abuja, we decided to formally invite him into a party he deservedly belongs.”

Responding to a question, the source, who was central to the talks with Shekarau, said: “Like a suitor to a bride, we made some concessions to the ex-governor.

“For instance, we offered him automatic senatorial ticket for Kano Central District seat which was given to Kwankwaso in 2015 after he lost the presidential primaries of APC to President Buhari.

“The APC will give slots for House of Representatives and House of Assembly and federal appointments to Shekarau and his supporters.”

Asked about Shekarau’s response, the source added: “The ex-governor said, ‘Don’t worry; you will soon hear from me.’ This was the assurance he gave us.”

Meanwhile, prior to receiving the APC delegation, there were indications that Shekarau had shut his doors against PDP and the National Leader of the opposition party, Dr. Bukola Saraki, who is the President of the Senate.

A reliable source close to Shekarau said: “PDP not only decided to expand its Caretaker Committee to accommodate the ex-governor, it sent emissaries but Shekarau shut his doors against the party. He was sad that the PDP defied a court order.

“Also, Saraki made spirited efforts to contact Shekarau but he could not get in touch with him. The ex-governor foreclosed any further talks with PDP.”