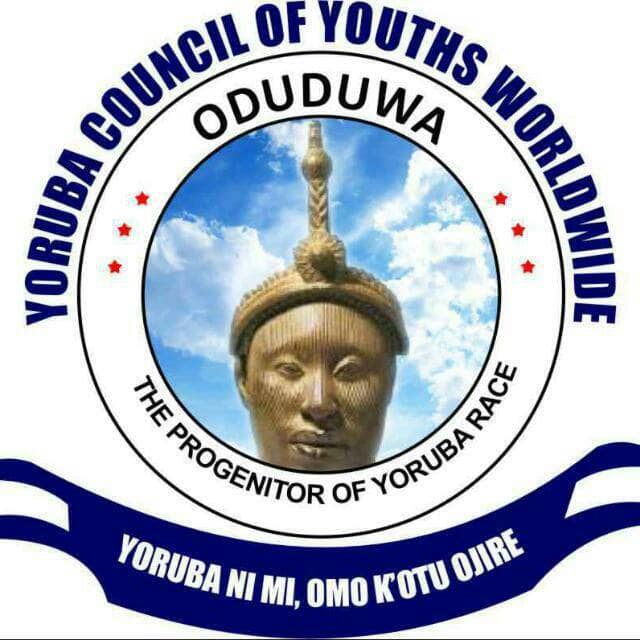 2019 Political Landscape: Yoruba Youth For The Post of Vice President.

The leadership of the Yoruba Council of Youths Worldwide is compelled to act in the face of political trajectory, in extant violation and breach of laws and statutes, unbearable pains and agony in Nigeria, precipitating our unanimous resolution to to present our fundamental demands and stance to the People’s Democratic Party presidential candidate: His Excellency, Alhaji Atiku Abubakar, GCON, PDP and the coalition groups, while congratulating His Excellency, we are full of hope on the need for equitable justice and setting the priority right and straight on the following demands:

The post of Vice President zoning must not be sentimentality arrived at, but must be chosen based on political permutations, intellectual acumen, untainted track records of excellence and landmark achievements of the said individual, however, certain criteria should be looked at in the person: succint knowledge of the economy, law and deliverables of the duties expected of the VP, especially when the incumbent APC led federal government is counting on Professor Yemi Oshibajo SAN as its life line to challenge the PDP, hence a more detailed matching is needed: A Southern Youth who is eminently qualified to serve should be considered. However, much can be found imperative on the grounds that A South western youth nominee could upset the stage for Asiwaju Bola Ahmed Tinubu, who seems to be the arrow key beneficiary of the incumbent nomination from the region, a better skilled and sound mind from the region is a plus.

Rule of Law: Waziri Atiku Abubakar must set out as an advocate of rule of law, above rule of force, wherein the nation needs urgent intervention on his committements which he has expressed and based on his antecedents as the former Vice President of Nigeria.

Restructuring agenda must be faced head on with a setting up of A National Restructuring Affairs Commission with an Executive Bill.

He must be able to summon a greater patriotic will towards building and reviving our dying nation from economic stagnation and social insecurity.

He must be able to implement the 26% UN Budgetary standard allocation to the Education sector with a view to postulating and establishing a statutory priciples of law by enacting the Education Right Bill into law.

He must be able to have a master plan for transportaion development from roads network development programs, while establishing a National Transport Park and Fares Management Authority, inorder to regulate at a reduced rate the amount spent daily on transport fares by Nigerians.

He needs to quickly review the land use Act laws into Land Licencing and Allotment Law via Executive Bill, wherein all lands right must revert back to the land owners and communities, while government only regulates its operations and management, while the Certificate of Occupancy and Consent should be replaced with Land Certificate of Ownership Licence.

Also, the government must be ready to equip the youths by granting 40% youth affirmative action plan on appointment and involving the Nigerian youths in his government.

A roburst vocational training program in information technology, Agriculture and other ancillary trainings, which will placed and rank Nigeria as first wolrd nation via succint economic revolution plan.

Security architecture needs a total overhaul and ensure absolute neutrality in the discharge of thier statutory duties.

More emphasis should be placed on rebuiding peace and national orientation on patriotism.

This are basic idea that could galvanise supports for Waziri Atiku Abubakar come 2019.