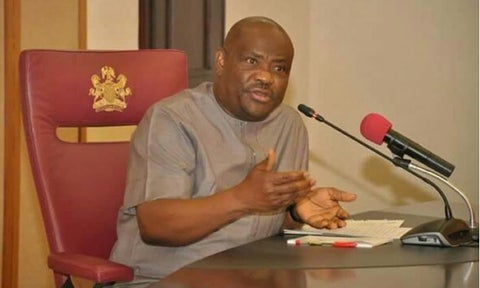 Rivers State Governor, Nyesom Wike, says he is not nursing an ambition of running for the office of the President of Nigeria in the 2023 general election.

Wike’s clarification when he appeared as a Guest on Arise Television came on the heels of speculations that he was eyeing the Number One position in the country.

The governor described speculations linking him to presidential ambition as distractions.

“Right now, I am focusing on delivering the dividends of democracy to the people of Rivers State,” he said.