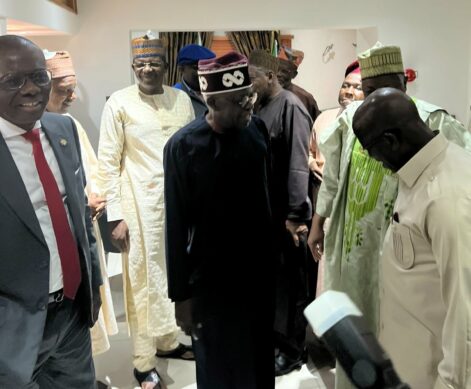 Tinubu with others during the meeting

The All Progressives Congress (APC) Presidential candidate, Asiwaju Bola Tinubu on Monday met with six governors of the party in Lagos as part of preparation for next year’s presidential election. 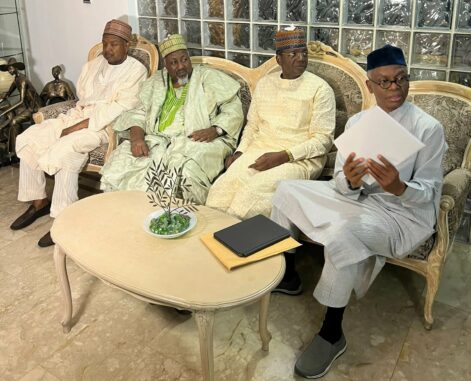 L-R: Bagudu, Badaru, Matawalle and El-Rufai at the meeting

The meeting held at the Bourdillon residence of Tinubu also has in attendance his running mate, Senator Kashim Shettima. 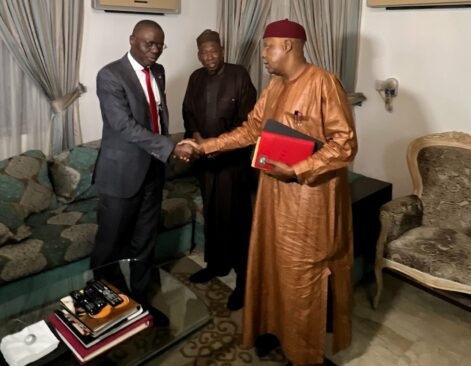 Sanwo-Olu with Shettima and Ganduje 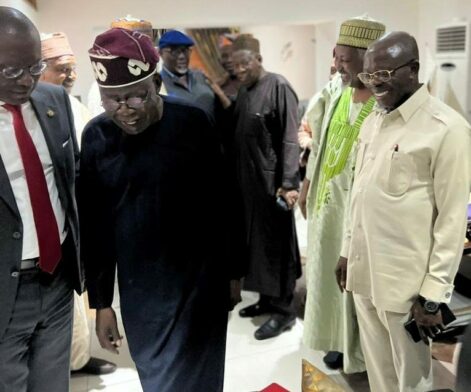 The APC presidential candidate with Oshiomhole and others 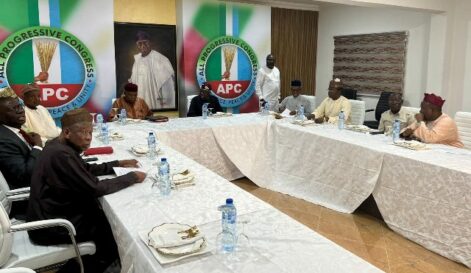 The Asiwaju and others at the meeting

Details of the meeting were not known but it might not be unconnected with finetuning plans by the APC to win next year’s presidency. 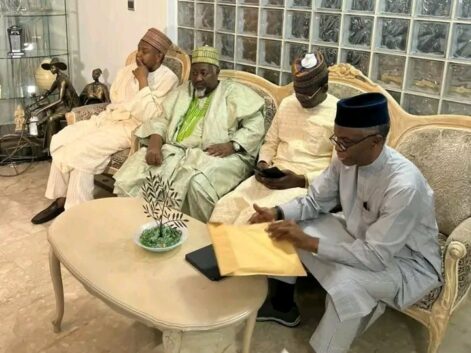 L-R: Bagudu, Badaru, Matawalle and El-Rufai at the meeting