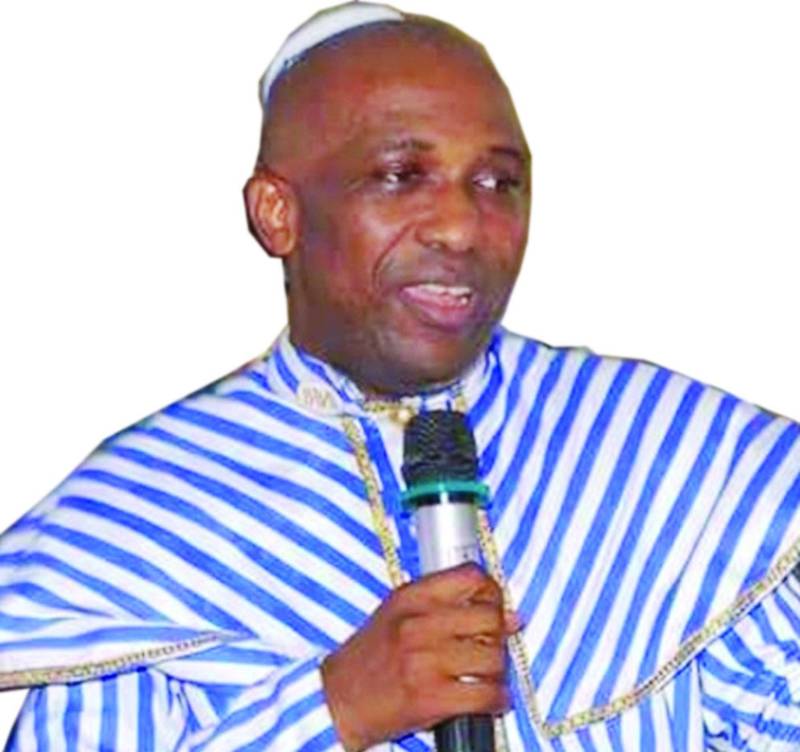 The leader of INRI Evangelical Spiritual Church, Primate Elijah Ayodele has made a name for himself in the prophetic ministry with the frequency and fulfilment of his prophecies. Although he has been criticized for his sagacity and fearlessness in churning out prophecies, He has never stopped because all he does is act as a mouthpiece of God at all times.

Several prophecies of his have come to pass, and it is on record that he is the only prophet that has over 10,000 prophecies fulfilled and still counting.

We recall that he was criticized by the Presidency some days ago for giving some prophecies that didn’t come to pass. In the writeup of the presidency, the unfulfilled prophecies according to them were mentioned but unfortunately, they were not unfulfilled as the presidency claimed rather his prophecies were misrepresented.

Below are the real presentation of these prophecies and how they came to pass, including more of his fulfilled prophecies

2) In the Guardian January 6, 2019 Ayodele prophecy about the victory of PDP in Oyo State

3) In the Guardian January 6, 2019 he declared APC as the winner in Kaduna election

4) During the Press conference on 23rd December, 2017 in Tribune he prophecy that Trump will not have a second term

5) He foretold the Kaduna Election saying PDP will find it hard to retain Kaduna in Daily Independent on the 3rd of January, 2015

7) October 1st, 2014, Ayodele warns Tambuwal not to go for the presidential ticket because he Will lose but he with become the governor of his state

8) He foretold the removal of the chairman of PDP Adamu Mu’azu in City people magazine OCT 1st, 2014

9) City people Oct. 1st, 2014 he is the same prophet who prophesy the challenges in the political ambition

10) Prestige News January, 2018 published that Ayodele said if there is no right candidate, Buhari will have his second term conveniently.

11) Prestige News January, 2018 published that Ayodele was the prophet who precisely mentioned the name of APC candidates who can win in Ekiti State election

13) Prestige News January, 2018 published that Ayodele was the first prophet to say there is no vacancy in Aso rock in 2019, except PDP picks the right candidate

14) Global Excellence December, 2012 Ayodele was the only prophet who foretold the emergence of Lamido Sanusi as the Emir of Kano

16) WTN 2017/2018 EDITION, pg 1- Ayodele appealed to Nigerians to pray and commit the health and life of President Buhari into the hand of God for divine intervention.

17) During a Press conference on 23rd December, 2017, Primate Ayodele also prophesied about the release of Dasuki, as published on prestige news.

18) In a Press conference held on 23rd December, 2017. Prestige news published that Ayodele revealed that Nnamdi Kanu’s whereabouts will be located.

20) WTN 2020/2021 EDITION, pg 146- He warned that we should pray against unnecessary protest against this government.

21) WTN 2019/2020 EDITION, pg 193- Ayodele warned long before the emergence of Covid 19 pandemic that he foresaw the outbreak of diseases that will be an epidemic status which will trouble the world leaders.

22) WTN 2021/2022 LATEST EDITION, pg 225- Ayodele didn’t just mention the party that will win, he also mentioned the name of the candidate who will win the Peru election in march this year.

23) WTN 2021/2022 LATEST EDITION, pg- 226- Ayodele foresees that if the corruption charges against Jacob Zuma are not properly handled by the courts, it will lead to protests and destruction of lives and properties.

27) In Vanguard July 7, 2021- Ayodele is the only prophet who prophesied that Euro 2020 if England fail to win the match within 80 minutes and the match stretches into penalty shootout, Italy will carry the day.

31) In his book of prophecy, Ayodele warns Afghanistan of Taraban’s threat

32) He warned the Burundi President, Pierre Nkurunziza of an attack on his life. (Opera news)

33) He prophesied that Côte’d’ivoire President Alassane Quattara will vie for third term, Opera news publication of March 3rd confirms it

34) Ayodele prophesied the outcome of the election in Ghana, he said Nana Akufo Addo will win again. In September, 2020 on Opera news.

35) In Vanguard July 7, 2021- He is the same prophet who prophesied that Copa America final would be won by Argentina, if they can score before the 75th minute.

If you are talking about prophets, Ayodele’s prophecy is not a guess work or permutation. Ayodele is one of the most constant, concise and precise prophet in the whole universe who reveals it just the way it is correctly without missing a hush and directly from divinely source, he is not a type that dangle around the word. When he says I foresee an incident will occur saith the Lord, then there is no going back. Primate Ayodele professes prophecy as well as the solution to them by telling them to pray. Ayodele has gained ground when it comes to prophecy, he has met top notch and prominent people have also met him. When it comes to the world of prophecy Ayodele has become a household name all over the confederation. His prophecy has been tested and trusted.