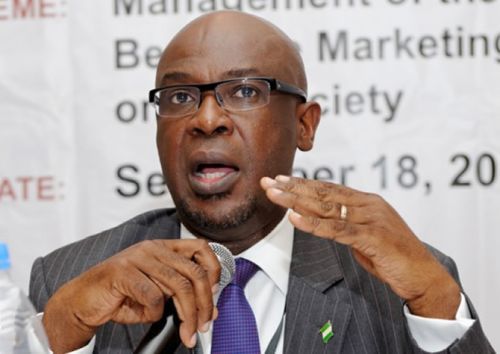 At 2017 Prestige Excellence Award, Lolu Akinwunmi, Group Managing Director, Prima Garnet was honoured with Award of Excellence for His Contributions to Advertising Industry in Nigeria

Mr. Lolu Akinwunmi is the Group CEO, Prima Garnet, Lagos, Nigeria, a world-class advertising and marketing communication group.  Lolu, a 1980 graduate of the University of Lagos, started his career in 1982 with Lintas where he cut an edge for advertising and creative arts. Having worked with Lintas for six (6) years, he moved to Promoserve Grey as Executive Director, Clients Service & Media and in 1992, Lolu took the bull by the horns to start his own company, Prima Garnet Communications.

Over the years, working with his numerous associates, he has moved the company from a humble beginning to a conglomerate, overseeing a group of companies; Prima Garnet Communications; 141 Worldwide, MediaShare, Lampost Experientials, etc. He is also on the board of Premier Music.

Lolu has attended several professional courses locally and out of Nigeria, amongst which are: the Unilever African Marketing Course; Ogilvy Senior Management Programme (SMP 10), and several local and offshore management programmes and courses in advertising and management.

He is a Fellow of APCON and the Nigerian Marketing Institute. He is a past President of the Association of Advertising Agencies of Nigeria (AAAN) 2007 – 2009. Lolu has presented many professional papers in marketing, advertising and general management.

Lolu was also appointed by President Jonathan on the 27th of September 2010 as the Chairman of the Advertising Practitioners Council of Nigeria, APCON, the Parastatal under the Ministry of Information, charged with the responsibility of supervising and managing the advertising practice in Nigeria in all its ramifications.

Lolu loves reading, music, amateur photography, travelling. He is married to Josephine, a lawyer, and blessed with two boys, Tosin and Seni.