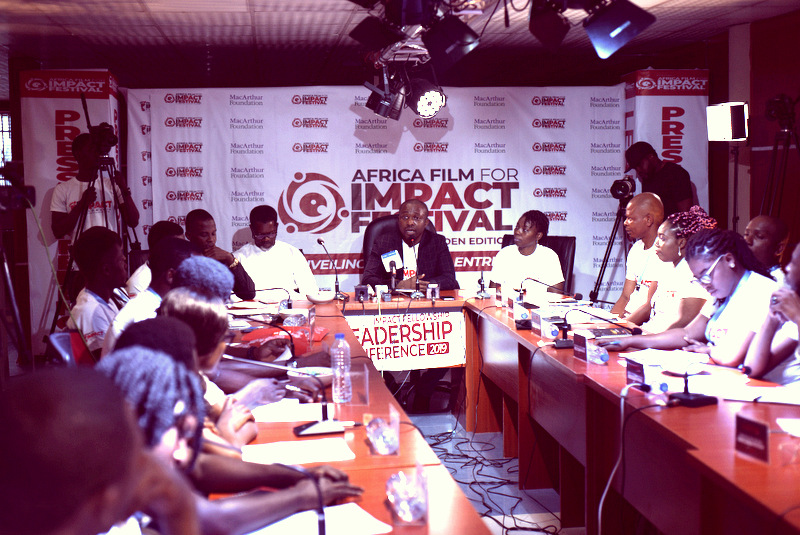 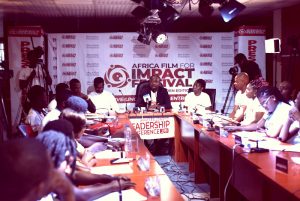 Film For Impact Foundation in partnership with High Definition Film Studio is set to receive entries for the maiden edition of “Africa Film For Impact Festival (AFFIF)”.
Africa Film For Impact Festival (AFFIF) is dedicated to showcasing, celebrating, and empowering films and filmmakers committed to social change themes in movie production across the continent of Africa.
The Film Festival which will screen short and feature films with purpose over a 3 day period, will also host master classes, panel discussions, and workshops on filmmaking, creating content for social change, behavioral insight, communications, monitoring and evaluation etc.
Also a major feature in the festival is a Pitching Session, where fellows of the Film For Impact Fellowship get to pitch their great ideas to donors. All films to be screened at AFFIF must address a specific social issue as the central theme of the film.
Films must Entertain, Educate, Inspire, and Give Hope. Running time for the films is 3-30 minutes for short films, and 60-90 minutes for feature films.
The festival will climax with an Impact Award Night which will honor extraordinary achievements in filmmaking. Award category includes Screenplay, Cinematography, Creativity (Director), and Social Impact awards. Stakeholders in both filmmaking and the social change sector are a major audience for this festival.
The maiden edition of Africa Film For Impact Festival (AFFIF) is scheduled to hold May 28-30, 2020 in the Federal Capital Territory Abuja.
Partnership Opportunities avails for International Organizations, Government, Private Organizations, NGOs, CEOs, Embassies and High Commissions, Impact Investors, both commercial and social change stakeholders, as well as individuals to partner with Africa film For Impact Festival in whatever capacity they would be willing.
Africa Film For Impact Festival (AFFIF) is powered by Film For Impact Fellowship, a brain child of Film For Impact Foundation, the 3rd arm of High Definition Film Studio.
The Fellowship is a community for filmmakers who share a common goal to pioneer change in Nigeria and across the African continent using film. Currently the fellowship is established in the 6 geopolitical zones in Nigeria with a cumulative of 90 fellows and 24 leaders. 6 groundbreaking films produced by these zones will be premiering at the 2020 Africa Film For Impact Festival. For more on the foundation please visit www.filmforimpact.org.
Entries for AFFIF officially opened October 1, 2019 and all entries are received via the international festival platform “Filmfreeway”. To enter a film for the festival, log on to www.filmfreeway.com and search for “Africa Film For Impact Festival, and enter your film.
Follow Africa Film For Impact Festival on Instagram, Facebook, and twitter @filmforimpactfoundation
Like our page, share the posts, leave your comments.
For any enquires or correspondence, please send an email to affif.com.ng@gmail.com call 08171152769. 08118134152. For more information on the festival please visit www.affif.com.ng
High Definition Film Studio is supported by John D & Catherine T MacArthur Foundation.
God bless the federal republic of Nigeria.