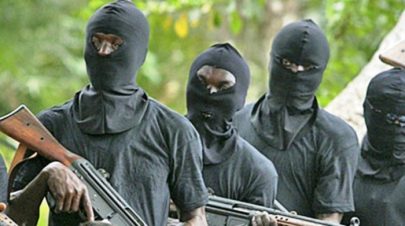 The 67-year-old was abducted by gunmen on Saturday around 7 pm, in her Zakibiam residence located behind Ukum local government secretariat.

The son stated that she was released on Wednesday night at Jootar village, along Zakibiam – Wukari federal highway, in Benue state, The Nation reports.

Ayua, a popular On-Air personality and TV, expressed joy over his mother’s released from the kidnappers but called on the state and federal government to save the people of Sankera geopolitical bloc from activities of hoodlums.

He stated that he was contacted within 24 hours by her abductors who initially demanded N10 million ransom. But it was not stated whether the ransom was paid.

However, Benue Police Command said it was investigating the matter.