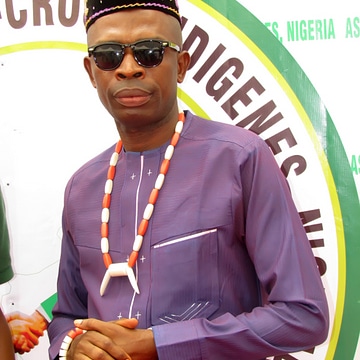 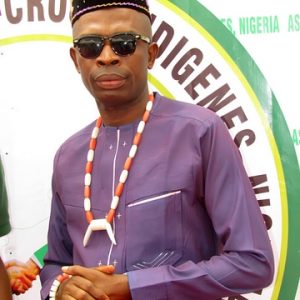 The Relative growth of Nigeria’s ENTERTAINMENT industry in contemporary times did not come only through the professional achievement of the comedians,musicians,actors,Dancers,Models,Media houses & other comic characters but also via the likes of Cornel udofia whose Role as a publicist, ENTERTAINMENT consultant, Media strategist ,Public RELATIONS gladiator has remained robust,constant,enviable & Industry supportive.

He has the good futune of pleasing who ever he works with He never disappoint anyone who comes across him either at the planning stage of event or during the event proper. Hence he has been privileged to either single handedly package some Top notch event in recent times or supported the packaging by others using platform of his Entertainment company, CMC Gladiators and Cornell Entertainment firm..

For his EXCELLENCE Performance,Commitment & Reliability In his duties as an Image Maker of repute, Event coordinator per-EXCELLENCE, Media strategist with a difference & Top ENTERTAINMENT Promoter with Passions..Udofia has won 125 LOCAL & INTERNATIONAL Awards since 2007.The publicist of repute whose witty character and unassuming disposition has become a Reference point in Nigeria’s ENTERTAINMENT circle as both the High and Mighty reckon with him.

However,they honor him with awards that has come in various shapes and sizes at different times.

Miss unveiling women and modesty,global Initiative/inauguration Board of trustees 2014 by Madam Modesty

Most supportive female gender PR man of the year 2014 by Divas Entertainment,

Publicist of the year 2014 by TREM church,

One of the 100 most Influential key players in Entertainment industry 2010 by brand it Nigeria,

Most outstanding publicist of the year 2012 by Effizie international magazine,

Teens favourite publicist of the year 2007-2016 by STAR FM AND MITV
,
Man of Activities award of Excellence 2008 by youths Forum INTERNATIONAL Gabon,

Showbiz man of the year by EXCEPTIONAL magazine, Ghana.

Best publicist of the year 2012 & 2015 by Entertainers forum OF BENCHERS Lagos.

Best MEDIA FRIENDLY PERSONALITY AWARD OF EXCELLENCE 2011 & 2013 by the student of university of Lagos,

Most popular akwa Ibomite in ENTERTAINMENT industry 2012 by the organizers of the most BEAUTIFUL girls of akwa ibom in Lagos.

Best publicist of the year 2009 by Watchdog promotions Kenya

Best PROMOTER of new talent 2010 by single and married magazine

PR manager of the year AWARD 2011 by champion newspaper

Most influential Publicist of the year 2014 by Explosion Africa award

IMAGE MAKER of the year 2012 by event Dairy

The MOST consistent promoter of entertainment AWARD of Excellence 2010 by ice magazine & Brand world Media.

Award of Excellence 2013 by ITJ communication for being consistent in the promotion of entertainment industry and the media over a decade.

Best publicist of the year 2011 by EXCELLENCE creations.

COMEDY COURT INTERNATIONAL AS THE MOST OUTSTANDING MEDIA STRATEGIST OF THE YEAR 2015.

TREK MAGAZINE MOST STYLISH PUBLICIST OF THE YEAR 2015.

OYA AWARD MOST INFLUENTIAL PUBLICIST OF THE YEAR 2017.

UNILAG STUDENTS MOST FRIENDLY MEDIA PERSONALITY OF THE 2011.

THE MAN CORNELL UDOFIA whom we celebrate today is more than passionate in seeing the Nigeria’s ENTERTAINMENT INDUSTRY grows bigger than what it is In present time as he believes that,the industry is yet to attain the best Global height. To Achieve such height, He would not Relent in the campaign to get GOVERNMENT at various levels to be involved as ENTERTAINMENT is already adjudged Nigeria second largest income spinner after oil, GAS and Tourism. Because of his excellent achievements, National association of public administration students, LASPOTECH just recently honour him with the LEGENDARY Award OF Excellence for his Remarkable contributions to the growth of Educational sector for over a decade now.

Today because of his relentless and Positive contributions to the growth of Entertainment industry for over 2 decades,Crime World NEWSPAPER and Magazine Honor him as the Most outstanding Entertainment strategist of the year 2018.