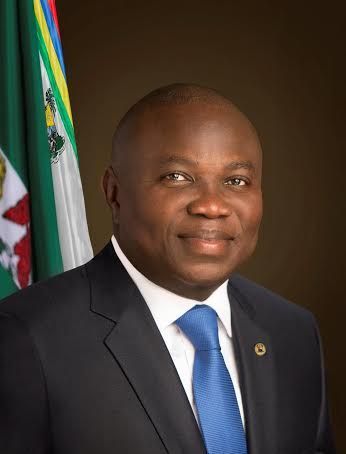 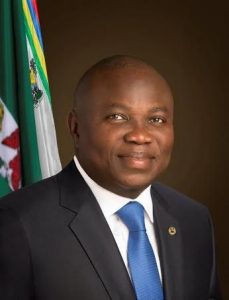 Gov. Akinwunmi Ambode of Lagos State on Sunday congratulated the All Progressives Congress (APC) Governorship candidate, Mr Babajide Sanwo-Olu, and his running mate, Dr Obafemi Hamzat on their resounding victory at the polls on Saturday.

Ambode also congratulated the 40 House of Assembly candidates of the party for emerging victorious.

Ambode, in a statement signed by his Chief Press Secretary, Mr Habib Aruna, said the feat was a reward for the vigorous campaign embarked upon by the APC candidate and his running mate across the length and breadth of the state.

Sanwo-Olu was declared the winner of the election by the Returning Officer of the Independent National Electoral Commission (INEC) in the state, Prof. Eyitope Ogunbodede.

He polled 739,445 votes to defeat the candidate of the Peoples Democratic Party (PDP), Mr Jimi Agbaje who got 206,141votes and others.

“Lagosians have spoken loud and clear with their votes and have overwhelmingly voted for a government they believe will continue the trajectory of growth that we have experienced in the last 20 years under the APC.

“It is therefore with great pleasure that I congratulate our great party for a resounding victory yesterday. Again, the people of Lagos have decided to stay on the path of infrastructural drive, economic growth and all-round development.

“While I congratulate the Governor-Elect, Mr Babajide Sanwo-Olu and his deputy, Dr Obafemi Hamzat on their well-deserved victory, let me also thank all Lagosians for keeping faith with the APC,” Ambode said.

On the Assembly elections, Ambode added that it would ensure a seamless relationship between the executive and the legislative arms of government.