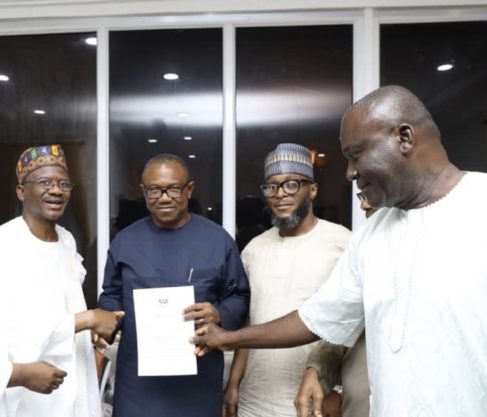 Speaking to newsmen yesterday in Nnewi, the royal father declared that the two leaders “have the capacity and experience” to revive Nigeria’s ailing economy.

Igwe Nneli, who is also member of Anambra State Traditional Rulers’ Council, lamented that many Nigerians were wallowing in penury.

His statement came on the heels of his contribution to the state of the nation in the monthly meeting of the Anambra State Traditional Rulers’ Forum presided by its chairman, Igwe Alfred Achebe, the Obi of Onitsha, a week ago, in which he suggested a South East running mate to the PDP candidate.

“Nigeria is in dire need of a presidential candidate who is de-tribalised, understands the workings of the economy locally and internationally and has the unity of the country uppermost in his mind,” he said, stressing that Atiku fits into the template.

While predicting victory for the PDP, he equally expressed hope that Atiku would keep his promise of restructuring the country.

Onwubuya stated that the nomination created positive aura around Atiku’s candidature, which is seen as a well-articulated move to put Nigeria back on the path of growth and development.

Obi is an alumnus of CKC, who left an indelible record of prudent management of human and material resources in the eight years he governed Anambra.