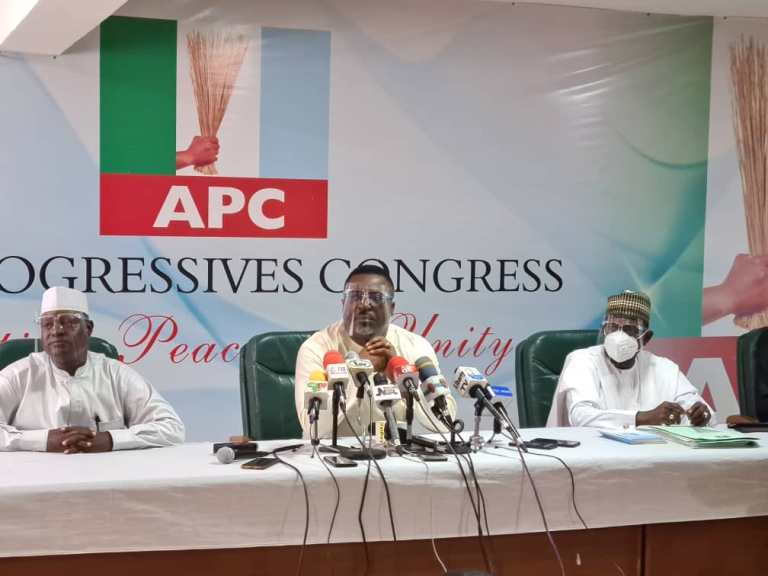 The Acting Chairman of the All Progressives Congress, APC, Hilliard Eta on Sunday said the party would not succumb to the nationwide clamour for it to convene an emergency National Executive Committee (NEC) meeting.

Following the crisis rocking the ruling party, intensified by the suspension of Adams Oshiomhole as its National Chairman, there have been calls for the NEC meeting to resolve its myriad of challenges.

Deputy Publicity Secretary, Yekini Nabena, had at the weekend cried out, urging President Buhari to act fast by at least calling for the party’s emergency National Executive Committee (NEC) meeting to address the leadership crisis rocking the party.

But addressing reporters in Abuja yesterday, Eta pointed out that if convened, a NEC meeting would violate the COVID-19 pandemic protocol prohibiting public gatherings, having over 120 members.

“What has been militating against constituting NEC meeting in the recent past is, of course, the COVID-19 pandemic that has stopped everybody from gathering more than a certain number of persons.

“As you are all aware, we have over 120 members of NEC and it would amount to breaking the COVID-19 protocol as established by the Nigerian authorities prohibiting gathering of more than 50 people at a time. It will take our breaking that protocol for us to have a NEC meeting,” he said.

He, however, added that if it turns out that the party can have a waiver to convene the NEC, it could explore that, adding that nobody is afraid of having NEC meeting.

“There is no way the ruling party will voluntarily disobey or break rules it is part of making,” he insisted.