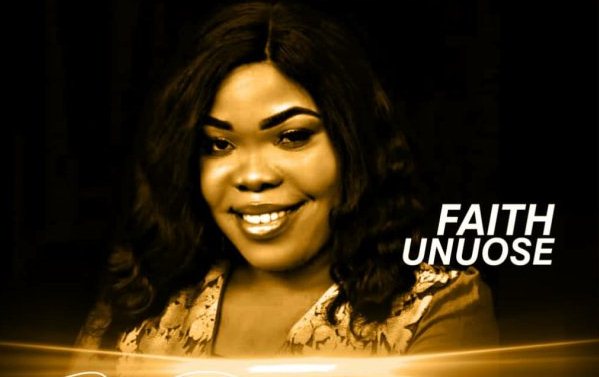 Pastor Faith Edeko, the woman at the center of an adultery allegation, has cleared the air on the matter, rubbishing the claims by one Pastor Mike Davids that she is sleeping with the Senior Pastor of the Omega Fire Ministries, Apostle Johnson Suleman.

Pastor Edeko, the pastor-in-charge of the ‘Home of Elevation’ branch of the OFM, Abuja, in a viral video following the publication of the story, denied she is having an affair with Apostle Suleman. Pastor Faith, in the video, said that the man who leveled the allegation is her former husband, as they have divorced after abandoning her for years, adding that Apostle Suleman is only her benefactor.

Taking a swipe at Pastor Davids for the accusation, Pastor Edeko declared:

I know you drink but I don’t know it has gotten to this height. Just listen to yourself; a man who brought me up, my family knows him, he adopted me like his child, I stayed with him, even when I was not married, I was still single when I met him. And you confirmed it in your video, listen to yourself, Mike.

Apostle suleman will call me to a hotel and I will pass the night there but you didn’t bother because you knew I was a virgin; can you listen to yourself?

I kept my virginity for that long and you married me a virgin. I stayed with this man that long still as a virgin, and he didn’t deflower me. So, the best time to sleep with me was when I was married? You don’t deserve anything good in your life; thank God you told Nigerians you met me a virgin. What I didn’t do when I was single, I now started doing it when I was married? A woman who gave birth will still be bleeding after six months…

I was still at Osogbo after six month, then how did I transport myself to OFM Auchi. I am doing only this because of Mitchel and Apostle Suleman that you are dragging.”

Meanwhile, in an Instagram post Monday afternoon, Apostle Suleman also reacted to the subject in a passing manner. He wrote: “IGP orders probe on me? Where,when? Maybe my ghost. Just reading stories now. Please discard. There is no such thing. Bad press really sells fast.”

JCI Gives me Hope For a Greater Continent of Africa – Obasanjo