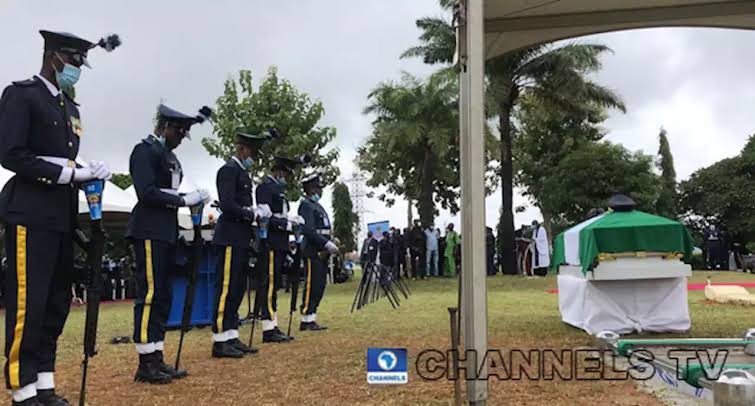 The burial of Nigeria’s first female helicopter combat pilot, Tolulope Arotile, has commenced at the National Military Cemetery in Abuja.

She died from severe injuries following a road traffic accident at the NAF base in Kaduna, the Air Force has said.

The driver that hit her was reportedly a former secondary school classmate who, in the process of reversing his car to give her a lift knocked down the deceased.

President Muhammadu Buhari and other national leaders paid homage to the young military star after her demise and the Air Force promised she would be buried with full military honours.

Eight months before her death, she had been commissioned as Nigeria’s first female combat helicopter pilot.

Jonathan returns to Mali with Buhari, Akuffo-Addo, two other presidents