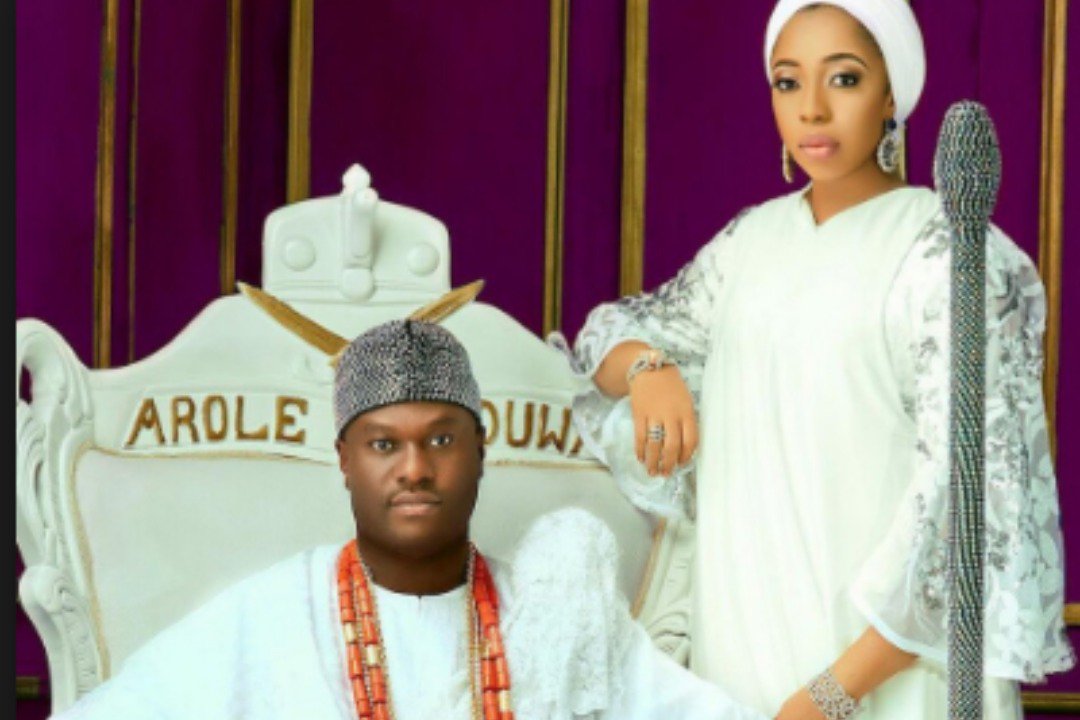 After several denials from both parties, the wife of the Ooni of Ife, Oba Adeyeye Enitan Ogunwusi, Queen of Ife, Olori Wuraola, has spoken about the reported breakup of their marriage, admitting that she is no longer with her Oba Adeyeye.

The ‘Queen’ had remained quiet ever since the news of the crash of the marriage hit the social media, but has now come out to debunk the news of her alleged infidelity, saying it was falsehood perpetrated by some persons.

Queen Wuraola, who has now changed her name to Zainab on her social media, confirmed in a post she shared on her Instagram handle that her marriage to the monarch is officially over but failed to give reasons for the breakup.

She, however, hinted that possible domestic violence could be responsible, also advising people against spreading false information about the situation.

Wuraola described her relationship with the Ooni of Ife as an old chapter, and tagged her new status ”a new chapter” aims at fighting boldly and fearlessly for the rights of women.

According to the queen, “What I can confirm is that the Ooni and I are no more. I inhale love & exhale gratitude. My journey continues as a Humanitarian aiding women and victims of domestic violence & abuse with the United Nations. No matter how much time you’ve invested, no matter the use of media to silence & manipulate, no matter the circumstance, slander, embarrassment, threats and lies: Get out and seek immediate help!

“We have got to stop this culture of shaming and vilifying women with false stories of infidelity & nefarious behavior. The spreading of false information (through “sources” afraid to be identified) is the mark of cowards and a cover up for guilty parties to justify their horrific actions. There is absolutely no truth to the media circulated lies of infidelity and infertility- on my end.

“We’ve seen this movie before. Women being dragged in the press & blamed for everything under the sun. This behavior is unacceptable. I urge those involved to be mindful of their actions for the eyes of our Almighty God are always watching. The seeds of slander is a cancer that harvests to eat away the souls of the planter.

“The throne is sacred and the attempts to tarnish the name of a Queen, in defense or on behalf of a silent King makes all involved look terrible. Remain dignified in all you do. It’s not the end of the world, but the start of a new chapter and you must turn the page with grace. The world is watching.

“As I bid adieu to this chapter, my wish to you all is to step into your lives – boldly & fearlessly, the way God intended and live not just by words, but through example. The best chapter in our lives is the one we are writing now. Thank you for your love and support.

Buhari approves N1m each for members of victorious female basketball team -N5000, 000 each for team officials