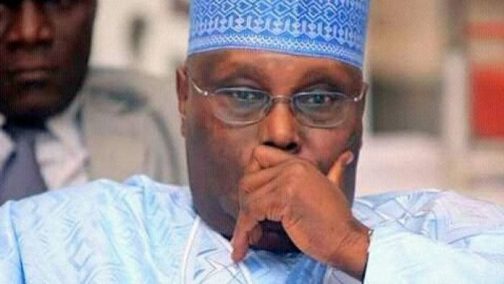 The Supreme Court will give a detailed explanation today to Atiku Abubakar and his lawyers why it dismissed on 30 October the appeal filed by him and his party, the PDP against the election of President Muhammadu Buhari of the All Progressives Congress.

The apex court on Wednesday notified lawyers to parties in the appeal to come for the reasons behind its verdict.

The notice signed by Ibrahim Gold, a Registrar at the Supreme Court reads: “IN THE SUPREME COURT OF NIGERIA HOLDEN AT ABUJA. SC 1211/2019: Atiku Abubakar & anor V. INEC & 2 Ors.

“TAKE NOTICE that the REASONS FOR THE JUDGEMENT delivered on Wednesday the 30th day of October 2019 in the above named Appeal will be listed before the Supreme Court of Nigeria on Friday the 15th day of November, 2019 at 9.00am.

“AND FURTHER TAKE NOTICE that in accordance with the Supreme Court Rules, this Notice is deemed sufficiently served on you if it is delivered on your telephone”.

In a unanimous ruling on October 30, the Chief Justice of Nigeria, CJN Ibrahim Tanko Muhammad said the panel had come to the conclusion that the appeal lacked merit.

“Having gone through the briefs for over two weeks we have come to the conclusion that this appeal lacks merit. This appeal is hereby dismissed. Reason will be given at a date to be communicated to parties”, the CJN declared.

He also said the detailed reasons would be given later.

Atiku and PDP had challenged the entire judgment of the Presidential Election Petition Tribunal which affirmed the election of President Muhammadu Buhari.

After the Supreme Court judgment that again dashed his hope of seizing power from Buhari, Atiku blamed what he called an “overreaching and dictatorial cabal that he claimed had sabotaged the judiciary.

In the statement, he made sweeping indictment of some of the mediating institutions in the country, saying everyone has been compromised.

He even said a ‘requiem is at hand’ for the burial of Nigeria’s democratic gains since 2015, when Buhari mounted the saddle.

“In a democracy, you need a strong judiciary, a free press and an impartial electoral umpire. Nigeria has none of those three elements as at today,” he claimed.

Then he zeroed in on the judiciary making a claim that sounds more like an incitement of his supporters against the institution, on a day that the Appeal court in Sokoto took two National Assembly seats from the All Progressives Congress and gave them to Atiku’s PDP.

“The Nigerian judiciary, just like every estate of our realm, has been sabotaged and undermined by an overreaching and dictatorial cabal”, Atiku claimed, “who have undone almost all the democratic progress the Peoples Democratic Party and its administrations nurtured for sixteen years, up until 2015.