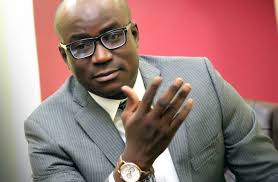 *HE IS NOT TOO YOUNG AND NOT TOO OLD TO RUN*
He is Prince (Dr.) Ayoade Opeyemi Adewopo, born on December 20, 1972 and responsibly married with children. Prince Ayoade is 45, ripe and mature for the task.
*HE IS NOT WRONG TO ASPIRE AS THE 5TH EXECUTIVE GOVERNOR OF OSUN STATE*
He is a blue blood prince from two prominent ruling clans in Osun State. He is from the great Ogboru ruling family of Ile Ife from his father side, the family which produced the immediate past Ooni of Ife and also from the Timi Laoye of Ede ruling family, from the mother side. Ayoade is a true son of the land in Osun State.
*HE IS NEVER INCOMPETENT TO GOVERN OSUN STATE*
He had his primary, secondary and higher education in Nigeria, before venturing out of the country for more educational attainments and global exposure.
Ayoade has for several years, been a globally certified corporate governance lawyer and global financing expert. Ayoade is an accomplished public administrator, legal practitioner, local and global trade financial consultant.
*WHY HE IS THE IDEAL MAN FOR THE JOB*
He is highly competent, optimally exposed, young, fresh; cute, unblemished, resourceful, and a grassroots man to the core in the State. Hence, Ayoade is all round and well grounded for the job.
*WHAT IS HE COMING TO DO FOR OSUN STATE?*
The priority of the incumbent administration appears to be the construction of new schools, bridges, roads and an airport for the infrastructure development of the state, but that of ours would be the construction of new and buoyant economic realities, for the resuscitation and restoration of the socio-economic indices of the State that would be felt by all and sundry.
His avowed priority will be to reconstruct the socio-economic well-being of the people of Osun to a globally acceptable standard, culminating into visible  prosperity for all.
Prince Ayoade is simply coming to fight poverty and lamentations among the people of our state through the implementations of consciously designed human capital development cum social welfare programmes.
In a nutshell, Prince Ayoade’s fundamental priority is to run a government of the people of Osun; by the people of Osun and for the prosperity of the people of Osun State.
It is going to be strictly about the people of Osun first, in all aspects of governance policies and programmes.
*WHAT ARE HIS CHANCES IN THE RACE?*
Though the stakes are high, yet his chances are also high. He is the man in the hearts of major stakeholders in the business of Osun State. and his chances are as good as the desires of Osun populace.
*Prince (Dr.) Ayoade Adewopo appeals to everybody. He is loved by all, needed by all.*
By God’s grace, he is going to be the center point of resolve of the people of Osun in 2018 for the office of the Governor of Osun State.
He is no doubt, the man in the hearts and consciousness of everybody.
#igniting the take over revolution!
– From the stable of ARM Media Network, Oshogbo.

*Osun 2018: My Dream for a Prosperous Osun. Prince Ayoade Adewopo elucidates during the media chat to mark his 45th birthday.*