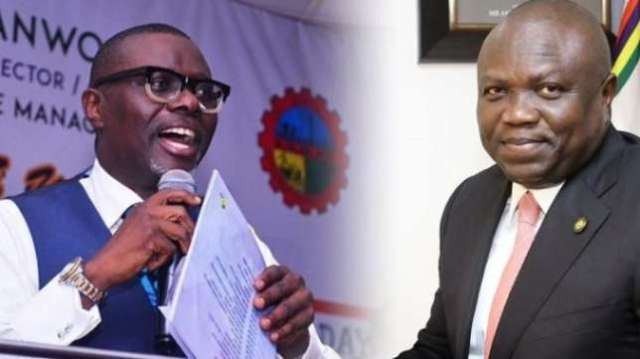 A section of Lagos-based journalists have raised concerns, over the irregularities in accrediting Journalists,for the inauguration of the Governor-elect of Lagos State;Babajide Sanwo-Olu.

The media professionals,who got notifications of media accreditation,to cover the inauguration;slated for 29th of May,2019 at Tafawa Balewa Square,Victoria Island, Lagos were said to have been disappointed by the kangaroo arrangements put in place, by Sanwo-olu’s media aides.

It was gathered that,Journalists were initially told that,the accreditation would take two days between Monday 27th and Tuesday 28th May, 2019, prior to the event. Surprisingly however, the whole thing became a failure,right from the first day,as a result of nepotistic gestures from Sanwo-olu’s media team.

One of the aggrieved journalists;Okunlegbe John who scale the rigours of getting registered said “the whole process was a flop and an eyesore. I can tell you that,a process that was supposed to last for 5 hours daily,came to an abrupt conclusion barely 2hours into the accreditation.”

Okunlegbe, while speaking on the roles of Sanwo-olu’s media team lamented that,” It is unimaginable that,event as magnificent and important as this inauguration has been flawed by avoidable irregularities.

The total number of online,broadcast and print journalists were not up to 150 persons, but it is saddening that,Journalists were held to ransom,accreditation tags were hoarded ,and media professionals who are to project the image of the government were treated with utmost disdain. I put it to the incoming governor that,with the body language of his media team,he has started on a nepotistic footing,which is detrimental to his administration’s public image.”

From our findings, it was gathered that,close to 30% of the tags used for accreditation were hoarded,or kept aside in Sanwo-olu’s media team’s custody,for personal purposes, or to be given out to their friends within and outside media industry.

Some of the aggrieved media practitioners, who chose to speak under anonymity said that,it is disheartening and unprofessional of Sanwo-olu’s media team,to treat journalists with such highhandedness,stressing that,a lot of them came from far and near,only to be treated preferentially .

One of our sources, quoted a member of the inauguration team as saying “some media houses and their journalists are more important to us”

In contrast to that of Lagos,information reaching us claims that,over 500 journalists have stormed Ogun State, for the inauguration of the state’s Governor-elect; Dapo Abiodun.

From the foregoing,we appeal to the incoming governor of Lagos,Babajide Sanwo-Olu,to be proactive against corruption tendencies within his media team,in order to avoid media disputes and public misconceptions.