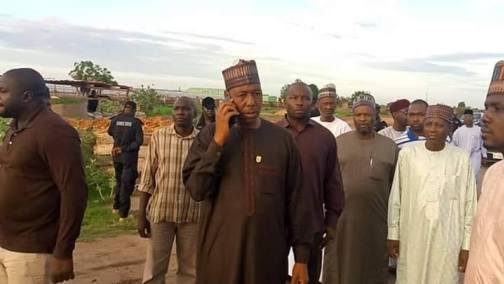 Fresh details have emerged over the attack launched by Boko Haram gunmen on Nganzai district of Borno state on Saturday, in what was described as a revenge by the insurgency group.

There is still no consensus on the number of the dead. Governor Babagana Umara Zulum confirmed 55. But a local government official and the head of Civilian Joint Task Force gave 60, with 11 wounded. Some other unofficial sources said 65 people were killed.

One of the survivors of the attack, Audu Liman, a resident of Zawa village said the Boko Haram militants who attacked them burnt many houses and stole foodstuffs belonging to the villagers.

“They did not spare anybody. They killed women and children here. Most of us ran with our hearts in our mouths,” said Liman while recounting his near-death experience with the gunmen.

Three separate attacks were launched by the Boko Haram militants in Nganzai on Saturday, according to various accounts.

In the first attack at a cemetery in Badu Malam Kyariri village, 26 people were killed, while conducting a funeral at about 11.40 am.

Earlier reports had said the villagers killed outside the cemetery were those giving the attackers a chase, with a view to apprehending them, the way they did two weeks ago.

Mr Muhammad Bulama, the Chairman of the Nganzai council said the militants came to avenge what the villagers did to their men.

“Two weeks ago, Boko Haram insurgents attacked Badu village but the attack was repelled by the villagers and members of the vigilante group. The villagers resisted the attack, killed 11 insurgents and recovered 10 AK-47 rifles in the encounter”.

And the insurgents returned to deal their own deadly blows on the villagers on Saturday.

Gov. Babagana Zulum on Sunday paid a condolence visit to Gajiram, headquarters of Nganzai local government where the attacks occurred.

He reiterated his commitment to supporting security agencies to protect lives and property in the state, adding that government would not not relent until permanent peace was restored to the state.

Zulum called on the people to be vigilante and to also cooperate with security agencies in their communities.

He prayed for the repose of the souls of the deceased and the families, the fortitude to bear the loss.

The governor also visited Specialists’ Hospital Maiduguri, and sympathised with persons who sustained injuries in the attack.