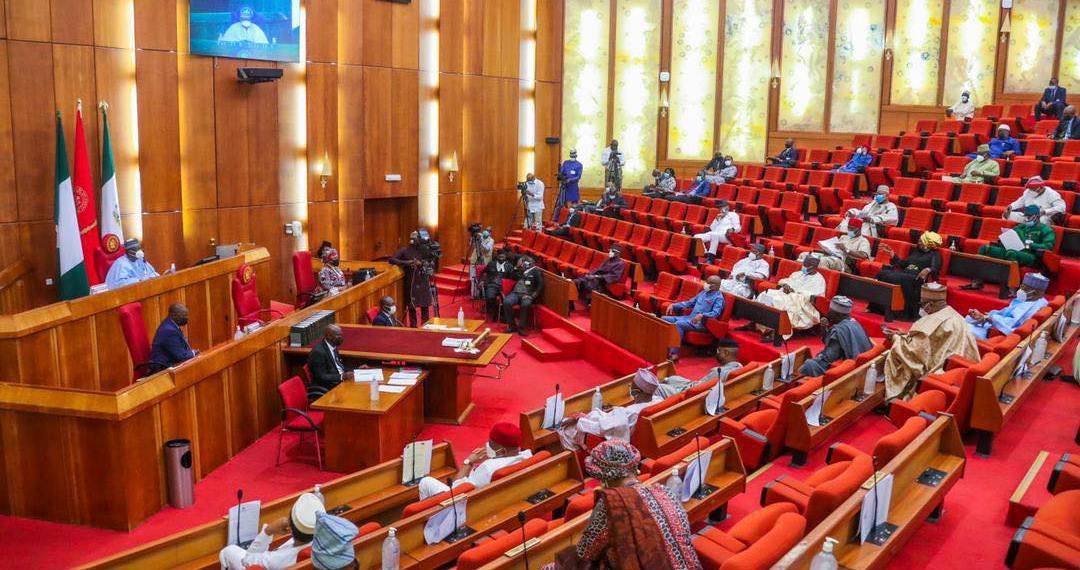 The senators have dissolved into executive session to consider the bill following a rowdy session in plenary.

A bill that seeks to create an Armed Forces Commission has stirred controversy in the Senate and the lawmakers are currently in an executive session trying to calm frayed nerves.

It started when the Senate Minority Leader, Enyinnaya Abaribe (PDP, Abia South), presented the lead debate of a bill for the Establishment of the Armed Forces Commission 2021 for second reading.

The bill was read for the first time in the Senate in March 2020.

The bill, he said, seeks to among other things, address the “lopsided appointment” of heads of security agencies by the president.

This comes barely a month after the Senate confirmed the new set of service chiefs appointed by President Muhammadu Buhari.

In his debate, Mr Abaribe said the function and powers of the Commission shall be to ensure that the composition or appointment of Service Chiefs of the Armed Forces reflects Federal Character of Nigeria in the manner prescribed in section 217 (3) of the 1999 Constitution.

It will also recommend to the president pick from among the best and most qualified, most educated and most experienced members of the Armed Forces for appointment as Chief of Defence Staff, Chief of Army Staff, Chief of Air Staff or Chief of Naval Staff.

A total of 13 lawmakers thereafter took turns to deliberate upon the bill. While some supported the legislation, others rejected it outright.

Senators I.D Gyang, Bamidele Opeyemi, James Manager and Emmanuel Bwacha supported the bill while Messrs Ibtahim Olorigebe, Abdullahi Adamu, Adamu Aliero rejected it, stating that it will create disunity and that the timing is wrong.

After a voice vote, with resounding ‘ayes’ and ‘nays’, the Senate President, Ahmad Lawan, ruled against the bill.

A seemingly unsatisfied Mr Abaribe thereafter stood up and called for physical votes by all lawmakers referring to Order 73 of the Senate Standing Rule.

The Order permits for a physical vote on an issue should a lawmaker be unsatisfied with the ruling and/or opinion of the Senate President or chairman of the plenary.

This launched the chamber into a rowdy session as many lawmakers opposed the order. This was followed by a moment of verbal exchange between the Messrs Lawan, Omo-Agege and a few others.

For about ten minutes, lawmakers were seen moving from one seat to another arguing inaudibly with Mr Abaribe insisting that “everyone present must get up and vote.”

The lawmakers, thereafter, went into an executive session, which is still underway.