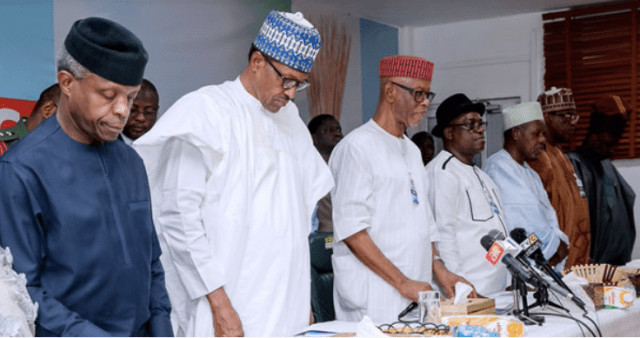 The two are currently the highest ranking members of the party in the legislature following the decision of the Senate President Bukola Saraki to dump the party to join the opposition. Saraki’s deputy, Ike Ekweremadu is a member of the PDP.

Although the APC National Chairman, Adams Oshiomhole offered their apologies party watchers note that Dogara and Lasun are among top party leaders who have at one point or another voiced their displeasure over happenings within the party.

Lasun was particularly unhappy with the adoption of the direct method adopted for the Osun Governorship primary which he participated in and lost. The APC NEC is expected to announce a decision as to whether this system will be adopted for subsequent primaries. Details later

Thing To Watch Out For In A Man That Really Loves You.

GTBank Liberia Provides Update on Its Investigation into Assault of Staff