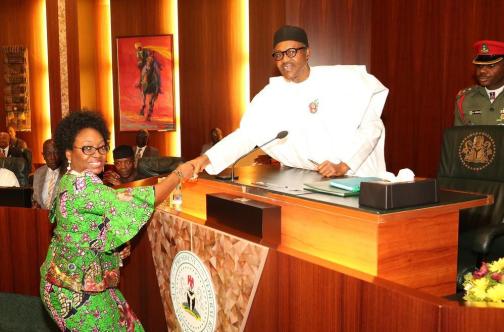 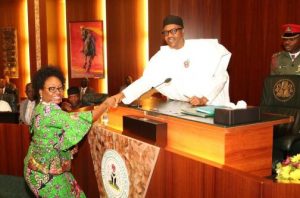 The Deputy Speaker of Cross River House of Assembly, Mr Joseph Bassey, has commended President Muhammadu Buhari for standing with the Head of Service of the Federation, Mrs Winifred Oyo-Ita.

Bassey said on Friday in Calabar, that the allegations of fraud against Oyo-Ita were false and baseless, stressing that she has exhibited good character and integrity in service.

It would be recalled that Oyo-Ita was drilled by the Economic and Financial Crime Commission for allegations of financial mismanagement of over N3billion.

According to the Deputy Speaker, Oyo-Ita cannot be associated with any financial impropriety and therefore should be given a chance to fair hearing by the Presidency.

“First and foremost, if there is anyone I can vouch for that has character and integrity in service is Oyo-Ita because I have known her right from when I was growing up; I know her track record from her civil days in Cross River.

“President Buhari is a man of integrity and the Head of Service has worked under him while he was incharge of Petroleum Task Fund and that was where Buhari built the confidence in her.

“Even when she was being screened for the position of the Head of Service, she was not found to be corrupt or involved in any financial scandal before. She is a civil servant who loves her career.

“Oyo-Ita is not a politician, she got to her present position by merit and God’s grace, so we should support her to continue to deliver service to Nigerian populace,’’ he said.

The Deputy Speaker, who said that Oyo-Ita’s name should not be dragged to the mud, added that she has distinguished herself as a civil servant and a professional with impeccable character and integrity.

The Presidency insisted on Thursday that it had no knowledge that Oyo-Ita tendered any resignation letter to the President.

Senior Special Assistant to the President on Media and Publicity, Garba Shehu, insisted that “Our position is still the same. We are not aware of any letter of resignation,”

Bassey, who described the allegations as blackmail and politics, said that Oyo-Ita should not be accused wrongly because she stood her grounds for the right things to be done in the civil service of the federation.

He maintained that the allegations before Oyo-Ita were not substantial, adding that it was on that premise that the Presidency rejected her resignation letter and ask her to resume work.