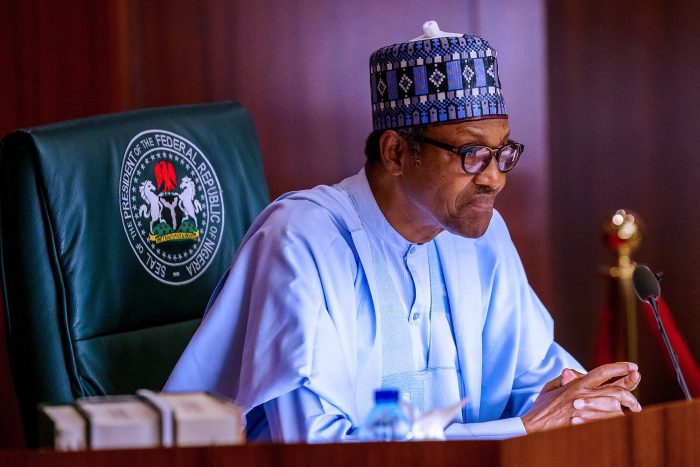 President Muhammadu Buhari has been handed an ultimatum to provide details of all loans obtained by the government since 29 May 2015, including details and locations of projects on which the loans have been spent.

Socio-Economic Rights and Accountability Project (SERAP), which gave the ultimatum said if President Buhari fails to comply within seven days, it will take all appropriate legal actions under the Freedom of Information Act to force his compliance.

In a letter to President Buhari, SERAP also urged Buhari to “set up an independent audit of all loans to resolve any allegations of mismanagement and corruption.

The letter was also sent to the Justice Minister, Abubakar Malami, Minister of Finance, Budget and National Planning, Zainab Ahmed and Director-General of the Debt Management Office, Ms Patience Oniha.

Also demanded by the group is the publication of the spending details of loans obtained by successive administrations since 1999, list of countries and bodies that have given the loans, and specific repayment conditions.

Buhari last week sought the National Assembly’s approval for a fresh loan of $5.513bn, reportedly to fund the 2020 budget deficit, critical projects, and support some states.

The National Assembly recently approved a N850 billion loan. Another loan of $22.79bn, already approved by the Senate, is pending before the House of Representatives.

In the Freedom of Information request dated 30 May, 2020 and signed by SERAP deputy director Kolawole Oluwadare, the organization expressed: “concerns that while governments since 1999 have borrowed money in the name of Nigeria and its citizens, much of the funds have reportedly been mismanaged, stolen or squandered, leaving the citizens with the burden of having to repay these loans.”

SERAP said: “Opacity in the spending of loans would continue to have negative impacts on the fundamental interests of citizens. Transparency would ensure that the loans are not diverted to private pockets, increase public trust that these loans would be used to benefit Nigerians, provide good value for money, and reassure Nigeria’s creditors.”

“Rather than taking more loans and increasing Nigeria’s debts burden to fund the opulent lifestyles of former state governors receiving life pensions, we urge you to cut the costs of governance, including by obeying the judgment ordering your government to challenge the legality of states’ pension laws, and to recover pensions collected by former governors.”

SERAP also expressed “concerns about the massive and growing national debts, and the negative impacts on socio-economic development as well as access of Nigerians to public goods and services, including quality education, adequate healthcare, clean water, and regular electricity supply.”

The FoI request, read in part: “While access to loans can provide indispensable resources, the mismanagement and squandering of any such resources would be counter-productive. Nigerians should no longer be made to repay debts incurred in their name but which have not benefited them in any manner, shape or form.”

“Any unresolved allegations of mismanagement, bribery and corruption in the use of loans would continue to deprive millions of Nigerians access to basic public goods and services, and would leave your government without the resources to respond to the COVID-19 crisis.”

“We would be grateful if the requested information is provided to us within 7 days of the receipt and/or publication of this letter. If we have not heard from you by then, the Registered Trustees of SERAP shall take all appropriate legal actions under the Freedom of Information Act to compel you to comply with our request.”

“We urge you to ensure that those suspected to be responsible for any mismanagement and corruption are promptly referred to appropriate anti-corruption agencies for further investigation, and where there is relevant admissible evidence, prosecution.”

“Transparency and accountability in the spending details of all the loans that have so far been obtained by your government, and those obtained by previous administrations would mean that the loans can help Nigeria to overcome its acute development challenges, reduce the possibility of mismanagement and corruption.”

“It would also help to avoid a morally repugnant result of visiting the sins of corrupt governments and officials on innocent Nigerians.”

“We also urge you to promptly instruct Independent Corrupt Practices and Other Related Offences Commission (ICPC) and Economic and Financial Crimes Commission (EFCC) to monitor the spending of all loans obtained since the assumption of office in May 2015.”

Obasa: “Autonomy for Houses of Assembly, A Blessing for State Governors