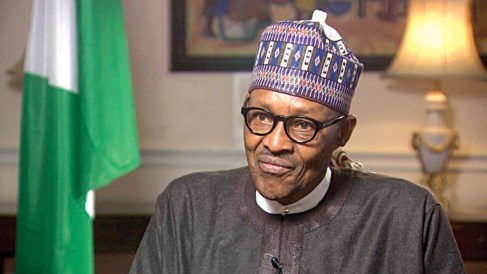 A statement credited to President Muhammadu Buhari to the effect that Nigerian youths are lazy has elicited angry reactions from eminent citizens and groups across the country.During a business conference in London, the United Kingdom on Wednesday, Buhari was quoted to have said that the youths “do nothing” and want everything for “free” in the oil-rich country.

“A lot of them (Nigerian youths) haven’t been to school and they are claiming, you know, that Nigeria has been an oil-producing country therefore they should sit and do nothing and get housing, health care, education, free,” Buhari allegedly said.

In reaction, Ekiti State Governor Ayodele Fayose called on the youths to show Buhari that they were not lazy and uneducated by voting against him in 2019. He said it was painful that the president could describe youths in Nigeria that were daily struggling to make a living under a harsh economy as lazy people.

Fayose, who spoke through his Special Assistant on Public Communications and New Media, Lere Olayinka, said; “Contrary to the morale-killing comment of the president, Nigerian youths are hardworking, intelligent and enterprising.

“Their future was mortgaged by past leaders like President Buhari, who had everything at their beck and call as youths. I imagine the youths of today having half of the opportunities available in the 50s and 60s.”

The governor noted that “At 19, Buhari left secondary school to join the army. At 21 (two years in the army), he was commissioned a second lieutenant and appointed Platoon Commander of the Second Infantry Battalion in Abeokuta, Nigeria. Within his 24 years in the army, the president was governor of the defunct North Eastern State, minister of petroleum, chairman of the Nigerian National Petroleum Corporation (NNPC) and head of state. Where can our youths get such opportunities today?

“On his watch as minister of petroleum, N2.8 billion went missing from the accounts of the NNPC in Midlands Bank in the United Kingdom. That N2.8 billion as at that time is like $2.8 billion (over N1 trillion now) and here is he insulting the youths whose existence his likes mortgaged.” He told the president to stop de-marketing Nigeria and its people in foreign lands, reminding Nigerians how he (Buhari) said in an interview with the UK Telegraph in February 2016 that some Nigerians in the United Kingdom were disposed to criminality and should not be granted asylum there.

The governor, who insisted that the negative foundation the likes of President Buhari laid for Nigeria had made life impossible for the youths, asked: “As military governor of the North Eastern State, what difference did Buhari make in the lives of youths in the North?”He described Buhari as an analogue president. “There is no connection between him and the youths because I doubt if he can even use a common android phone. One can’t really blame the president, he does not understand what is obtainable in the country anymore. That’s the reason he was still seeing West Germany and Deutschmark in 2015.”

The Peoples Democratic Party (PDP), in a statement by its spokesman, Kola Ologbondiyan, yesterday, stated that Nigerian youths, by their demonstrated industry, could not in any way be described by anybody as lazy.

“Nigerians find it extremely shocking that President Buhari could make such a false, derogatory and unpatriotic comment against our citizens at a time the nation was looking up to him to properly present our potential to the global business community.”

The party lamented that “it is alarming that at every international event, the president makes it a favorite past time to de-market, paint and denigrate our dear nation and her citizens in very negative light, an indication that he has stopped believing in Nigeria.”About 100 youths who are aspiring to different political offices ahead of 2019 elections yesterday said they had all it takes to lead the country.

youths, drawn from states in the Northwest zone, who met in Kaduna to give support to one another said if the Nigerian founding fathers, most of whom were then in their 20s and 30s, could lead the country into independence, they had all it takes to govern the country come 2019.The youths, who are currently undergoing a four-day training organised by Youngstars Foundation, with support from the FORD Foundation, West Africa, were optimistic that Nigerians would afford them the opportunity to put things in proper perspective during election year.

Contrary to Buhari’s allegation of laziness, Yasir Albashir, who is aspiring to represent his people at the House of Representatives from Katsina State, said Nigerian youths were doing well in banking and information and communication technology and if given the chance, they would get the job done better than adults.

But the Special Adviser to President Muhammadu Buhari on Media and Publicity, Femi Adesina, described as false the comment attributed to his boss. “There is no way President Buhari, father of the Nigerian nation in every sense of the word, who equally has biological children of his own in the youth age bracket, will pass a vote of no confidence in all youths,” he said.

Adesina who is on President Buhari’s entourage to London, said the insinuations were typical of the stock-in-trade of manipulators and twisters of statements of the president, who lie in wait to make mischief.

Meanwhile, Vice President Yemi Osinbajo has canvassed the need to allow young Nigerians to run for elective positions in the country, especially as they have demonstrated capacity and competence in the fields of technology, education and other sectors of the economy.Osinbajo made the call in Abuja yesterday when he received a delegation of the Not-Too-Young-To-Run group at the Presidential Villa. He stated that the age of running for public office in Nigeria should not be a major issue for discourse as much as the competence of that individual.

But the vice president noted that while it was important for young people to be able to run for public office in the country, it was equally important for them to gain required skills and be prepared for public service.While commending young Nigerians for making great strides and playing leadership roles in many organisations and in different areas of the economy, Prof. Osinbajo also commended the group for its incredible advocacy aimed at lowering the age of entry into elective positions in Nigeria.”I must congratulate you for ensuring that you saw it (the push for the bill) to the point that it is now where all that is required is presidential assent. If you’re old enough to vote, then you should be old enough to run for office,” Osinbajo told the youths.

OPEN LETTER TO PRESIDENT BUHARI: NIGERIAN YOUTH ARE WORKING AND NOT JUST SITTING DOWN