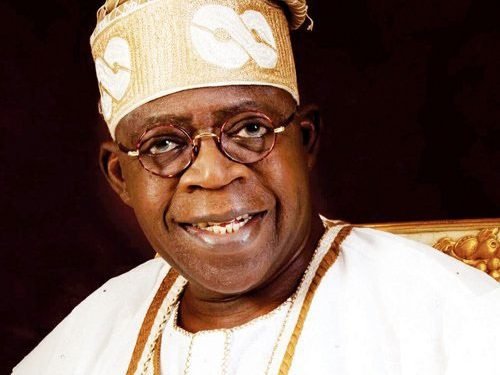 In a statement by his Special Adviser on Media and Publicity, Femi Adesina, Buhari noted Asiwaju Tinubu, who is a key pillar of the ruling the All Progressives Congress (APC), had inspired many leaders across the country.

Praying for a longer and healthy life for the party leader, President Buhari acknowledged his role in stabilising the ruling party as well as his works towards engendering good governance in the country.

The statement partly reads: “President Muhammadu Buhari joins the governing party, All Progressives Congress (APC) and its teeming members in congratulating Asiwaju Bola Tinubu on his 69th birthday, March 29, 2021, sharing the joyous occasion with the former two-term Governor of Lagos State, whose acumen and influence continue to resonate round the country and beyond.”

The President rejoices with the “patriot and statesman” on the 12th colloquium, an intellectual gathering to commemorate his birthday, that had over the years turned into a veritable opportunity for discussing topical national issues, and harnessing ideas that will move the nation forward.

The President affirms the former Lagos Governor has inspired many leaders and continues to nurture talents for the benefit of the country, while acknowledging his role in the stability of the APC and advocating good governance.

In a related development, Lagos State Governor, Mr. Babajide Sanwo-Olu, has congratulated the National Leader of the All Progressives Congress (APC), Asiwaju Bola Tinubu, on his 69th birthday.

Governor Sanwo-Olu in a statement signed by his Chief Press Secretary, Mr. Gboyega Akosile on Sunday, described Asiwaju Tinubu as a visionary leader and a rare mentor with exceptional abilities in various areas of human endeavours, adding that the National Leader of APC is political pathfinder, nationalist and detribalised Nigerian, who has contributed in no small measure to the socio-political and economic growth of Lagos State and Nigeria as a whole.

He said: “As pathfinder, Asiwaju charted the developmental trajectory of modern Lagos, raising the bar of governance and public service in the State and indeed, Nigeria.

A cheerful giver who cares about the welfare of the people, Asiwaju personifies tolerance and humanity.

The story of Nigeria’s democracy cannot be told without the name of the Jagaban Borgu written in gold.

Thousands are today direct beneficiaries of his political benevolence.”

Sanwo-Olu also rejoiced with the family of the former governor, especially his wife, Senator Oluremi Tinubu, friends, political associates, APC chieftains and members across the country on the occasion of his 69th birthday.

“On behalf of my adorable wife, Ibijoke, the good people of Lagos State and entire members of our party, the All Progressives Congress (APC), I felicitate with our leader and mentor on his 69th birthday.

“As you march on to a higher pedestal in life, may The Almighty go with you every step of the way and may you accomplish more in the service of our dear country and humanity,” Sanwo-Olu said.

OPINION: PETER OGBAN’S CONVICTION AND MISCHIEVOUS ATTEMPT BY THE REAL CULPRITS TO LINK IT TO GODSWILL AKPABIO BY Citizen Smart Chizurum