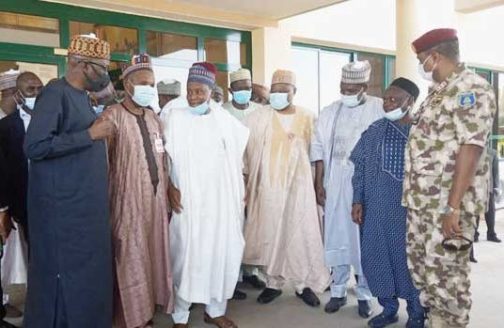 The Minister of Defence, Gen. Salihi Magashi (retd.), on Sunday, assured that all the abducted students of Government Science secondary school, Kankara would return home safely “within the next few hours”.

According to Punch, he gave the assurance in Katsina shortly before he led Service Chiefs to a closed-door meeting with Governor Aminu Masari.

The minister and the service chiefs were in Katsina on a sympathy visit over the abduction of the students on Friday by bandits.

The Defence Minister said from the briefings he was given by heads of security agencies on the ground, the rescue of the students was a matter of time.

He said, “With the brief we received from the sister security agencies in the state, this task will be very simple.

NCOY: FirstBank is powering the Next Generation of Nigerian Innovators and Entrepreneurs