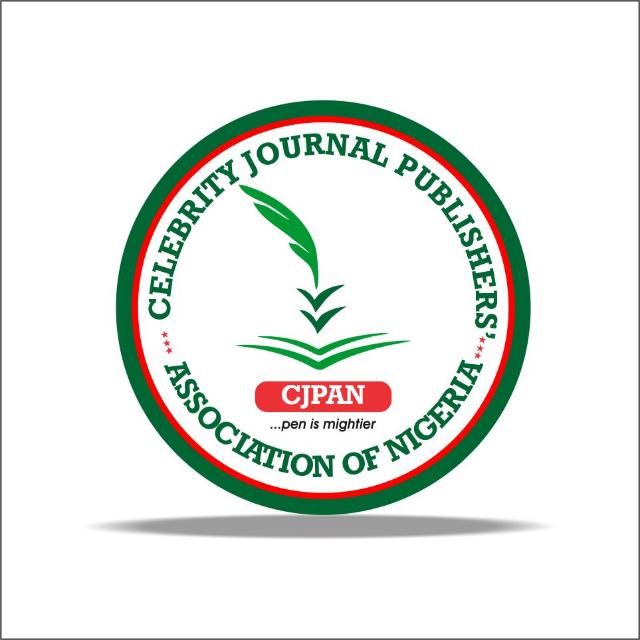 Celebrity Journal Publishers’ Association Of Nigeria (CJPAN) has unveiled Celebrity Traffic Champions (CTC) as part of its social responsibility to ease traffic and ensure safety on the country’s roads.

The association, which comprises reputable Publishers have carved a niche in celebrity journalism, will induct selected celebrities and role models as Celebrity Traffic Champions. They are expected to bring their influence towards ensuring sanity on Nigeria’s roads.

To achieve this, the association is partnering with the Institute For Safety Professional Of Nigeria(ISPON) to train members on how to ease traffic in Lagos and some other states that are having traffic challenges.

The association plan was disclosed by its President, Mr. Joshua Uloko, after its meeting in Lagos on Monday”.

CJPAN has observed traffic congestion in Lagos and some parts of the states of the nation, which has been worrisome to commuters and other road users. It therefore saw the need to support the traffic authorities with this initiative.

To make the project a reality, the association has concluded plans with ISPON for training.

Already, ISPON’s National Spokesman and Lagos State coordinator, Engr. Timothy Iwuagwu emphatically has embraced the project, saying this is a laudable project, and we are pleased to be associated with CJPAN.

Said he “As a chartered safety management institute in Nigeria, we shall not only equip your members with traffic rules but other safety traffic management procedure that will enhance your project”.

OPINION: SHEIKH GUMMI, GOV MATAWALLE AND THE SANDS OF TIME