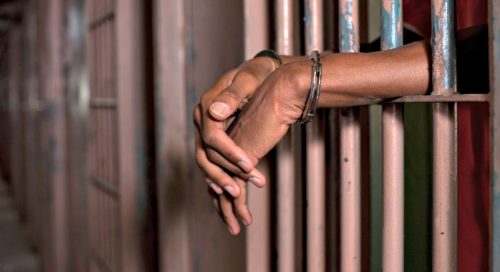 The Ekiti State Government said it is set to release “low risk” inmates of the Ado Ekiti Correctional Centre to further curtail the spread of coronavirus.

Mr. Olawale Fapohunda, the Attorney-General and Commissioner for Justice in the state, disclosed to newsmen on Monday at Ado Ekiti.

Fapohunda said Gov. Kayode Fayemi had directed the ministry of justice to immediately convene a meeting of the state’s Advisory Council on Prerogative of Mercy to that effect.

“The governor is concerned about the possible impact of COVID-19 in the Ado Ekiti correctional centre.

“He has, therefore, directed that additional measures be taken to decongest the facility,” the attorney general said.

He noted that persons in detention were particularly vulnerable to COVID-19 outbreak.

“The step will not only help protect the prisoners, but also the staff of the correctional centre, lawyers and others who provide support to the facility.

“The Ministry of Justice will compile a list of identified prisoners for the consideration of the meeting of the Advisory Council on Prerogative of Mercy slated for Wednesday, April 15, 2020.

“We will focus on prisoners on pre-trial detention for minor or low risk offences,” he said.