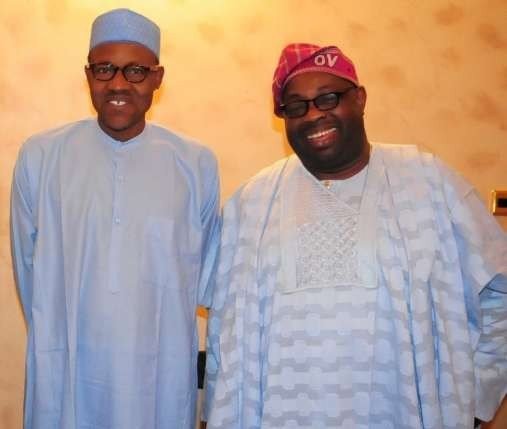 According to Momodu, the Nigerian youths who said they would vote President Buhari in 2015 even if all he had as an academic credential was a NEPA bill, are so disappointed in him now that it will take a miracle and magic to get that kind of reconnection.

Momodu went on to say that President Buhari has a lot of media practitioners around him but lacks a public relations expert that would handle any gaffe he creates professionally. 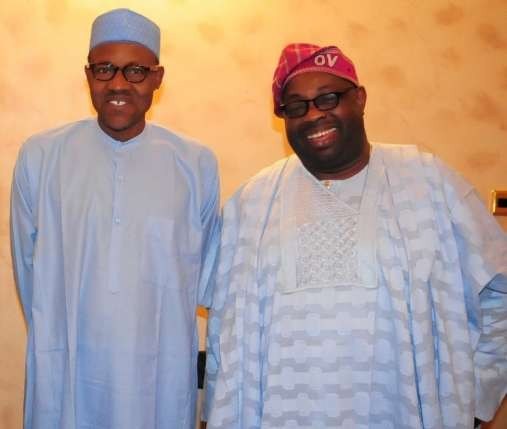 Read his piece below…

Fellow Nigerians, these are not the best of times for our dear President, Muhammadu Buhari. And it must be much worse for his media handlers. Let me state matter-of-factly, from the onset, that President Buhari gets into regular trouble, indeed, too frequently, because he has invested heavily in a media team but lacks a public relations team. In Nigeria, most leaders fail to realise that being a good journalist, Editor, Publisher, Broadcaster, and what have you, does not make you a good or excellent public relations guru. The other problem is I’m not sure the President is surrounded by those bold or brave enough to look him straight in the eye to tell him the honest truth. His earlier persona as a military ruler has also not helped matters in this respect. The fear of a military dictator is the beginning of wisdom, according to the view of an average Nigerian.

I must confess that I have been a latter-day convert and ardent fan of President Buhari. I signed up only after he decided to contest the 2015 elections for a record fourth time. I took the view that he was the best man for the job particularly because the Jonathan administration was fumbling and not prone to correction. I played my part in articulating the President’s attraction for me and those like me who felt that he was what Nigeria required at the time, a stop-gap in the mould of Mandela option. Without being immodest I can say that I successfully played my own part in the eventual victory of APC and the Buhari/Osinbajo ticket.

I first had a significant interaction with Buhari in 2011, when he asked Dr Lanre Tejuoso to bring me to his house in Abuja and we got on quite well. The camaraderie was palpable. And he disarmed me with his candour and passion. Prior to the 2015 election, I met Buhari in London at a flat in Mayfair, the day he spoke at Chatham House. He sprang to his feet as soon as I walked in and appeared happy to see me. We chatted briefly and took several pictures with Rotimi Amaechi, Hadi Sirika, Festus Keyamo, Hadiza Bala Usman and others. He was as effervescent and excited as everyone else at the prospect of becoming Nigeria’s new leader. His optimism for the country was infectious and I believed I had made a wise decision in deciding to follow and publicly support him.

I vividly recollect my meeting with President Buhari shortly after he assumed office in 2015. This was at his behest. I found him very relaxed and jocular. We again got on well. Contrary to the public misconception and rumours about his taciturnity, he was witty, chatty and freely spoke his mind. He certainly did not appear dictatorial or aloof. Many of those who saw our interaction on television, as well as the pictures in different media, could not believe how freely we had bonded. I was surprised when a few Ministers asked what I did to make him feel so comfortable with me. Even before I went in to see him, a few people had pleaded with me to help talk to him frankly. I started getting the feeling that they considered me a suicide bomber who should carry away the sins of the earth. But the Buhari I met was not as difficult as he was made out to be. Everyone says when you hold meetings with him, it is a monologue, you are forced to do the talking while he does the listening. And that you never know whether he has heard you or what is on his mind. That was not the Buhari I met. He was receptive and we exchanged ideas on the various issues of national and social interest that we talked about.

It is one of those inexplicable ironies that the same man who generated and galvanised so much love and passionate affection has lost and squandered most of that uncommon goodwill. No one since the June 12, 1993, election, which was clearly and undoubtedly won by Chief MKO Abiola, has had such monumental, widely acclaimed and fair victory as President Buhari did in 2015. The youths of Nigeria were so much in love with him that they studiously ignored all his shortcomings and embraced him warts and all. The same youths are so angry today that I’m almost certain it would take some magic and miracle to get them to reconnect with our President like they did in 2015. There was nothing anyone could have said negatively to Buhari that they would have believed at that time. As a matter of fact, the youths said if Buhari presented NEPA bills as his school certificate result, they would accept it as genuine and further, that they were ready to march for Buhari all the way to Aso Rock.

So what went wrong? It is difficult to point at just one thing. It has been an amalgamation of conflicting issues and signals. The first was the attitude exhibited early in the life of this government that there was no real urgency and Buhari could take forever to handpick his team. The government lost the much-needed steam at that moment. And when the team was announced, it was déjà vu, because there was no difference and no big deal about their composition. Next was the witting or unwitting decision to start a war of attrition within his own party. I warned against this very quickly, but was dismissed as raising false alarm. The APC became a house divided against itself. Till this day they couldn’t hold regular meetings, they couldn’t make most of the necessary political appointments, they couldn’t select their board of trustees, they couldn’t even hold a convention to celebrate their victory not to talk of one to elect a new national executive and so on.

The Party’s highfalutin campaign promises soon became its albatross. The grandiloquent manifesto had been packaged to entice everyone like babies to lollipop but when the day of reckoning and delivery came, the chocolate boxes were suddenly and strangely empty. The schools feeding programs could not be achieved. The social security and welfare packages of arranging stipends for the unemployed youths reached a cul-de-sac because government could not muster such resources. The President’s avowed fiscal policy target of parity between the Naira and the US Dollar – One Naira to one US Dollar proved to be a pipe dream that all discerning members of the public knew it would be. Indeed, it was much worse as the Naira slid to its lowest ever price against all currencies including African ones.