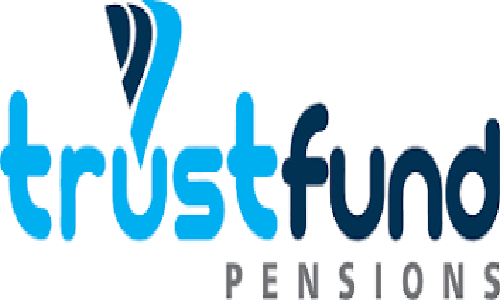 THE vexing delay occasioned by unwarranted administrative bottleneck in paying pensioners their legitimate funds lodged with Trustfund Pension Limited and by extension, the National Pension Commission PENCOM has been described as criminal, callous and act occasioned by internal fraud among key personnel of the organizations. It is common sight to behold aged and middle-aged men and women daily besieging Trustfund Pension’s offices across the nation seeking the payment of their savings which was lawfully and painstakingly deposited with the organization whilst in service and be turned back home on flimsy excuses by those processing officials whose uncompromising and unsociable attitude has defied any known adjective. A visit to Lagos Trustfund Pension offices revealed a grueling and uphill task pensioners are daily made to go through in dire need to access their own deposited funds. Some have died in the process. Even when all the needed documentations had been met, the officials still have one or two reasons to turn back the distraught pensioners all in a bid to perfect and remedy their financial infractions. A pensioner who gave his name as Hakeem Olarewaju Ojo, 54 who lamented his ordeal said he had been processing his documentation since he attained the age of 50 with a view to accessing part of his deposited fund with Trustfund Pension without success. He therefore, had to wait till last year 2019 when he officially retired from the service. According to him, “I started making frantic efforts to access my money when I attained the age of 50 but because of bring this document today, bring that document tomorrow, come today, check back next week; I became frustrated and abandoned the whole exercise. When I eventually left Flour Mills, I commenced full process for the payment of lump sum out of my deposited fund. My brother, I have been on it since January 2019 and eventually took ill. My first son was coming to Amuwo Odofin office nearly every week to tell them that I was critically ill and needed money to buy drugs; but it was the same old story. However, by divine providence, I was able to survive the aliment and back on my feet. I went back complaining bitterly that this is my money and I am the one who wants it back having submitted all the required documents; what I was told was that the fault is from PENCOM and I asked if I ever saved my money with PENCOM in the first instance. It was in August 2019 that I eventually received credit alert. The question is that, what if I had died in the process; tell me how long it would have taken my beneficiary to get money out of these people. They are a bunch of thieves in sheep’s clothing, the stress and pains are not worth it.”

Another affected person who shared similar experience though not a pensioner, Mr. Albert Akpor Uba describes activities of processing officials at Trustfund Pension offices especially, that of Amuwo Odifin as not only criminal but also leaning towards fraud. According to the veteran media professional and a Criminologist who worked with one of the leading media outfits for 13 years before venturing into publishing his own Crime magazine and weekly newspapers where he doubles as Publisher/Editor-in-chief, wants the federal government to critically look into the immediate and remote cause(s) of the delay in paying pensioners their due funds. To him, nothing could further warrant the unnecessary delays in paying pensioners their contributed and deposited funds when all relevant and required documents pertaining individual pensioner had been provided save for corked fraud. He said, “I am personally undergoing breathtaking processes of accessing my funds without trace of hope yet. Like every other person, I wanted to access part of my deposited fund when I was 48 years because I had left my employer and needed some money but the processes and the meagerness of the amount the girl processing it told me made me abandon the plan. So when I was 50, I decided to access it and perhaps, get paid a lump sum but I was told that my former employer had yet to remit the entire sum that I contributed. (That is another story for another day because I am yet to know why you would deduct part of my money on monthly basis for safe keep and refused to deposit same as at and when due) However, that made me approached my former employer and it didn’t take much time to get it remitted. Then came the ordeal: the women at Amuwo Odofin office of Trustfund Pension (and I was told the trend is the same all over) could make you go mad with their request for all manner of documents. In my own case, I had changed my surname and that requires a sworn affidavit and publication in one of the national dailies; which I had done. All the needed documents including National Identification Card and international passport were submitted since last year October and according to what I was told, they have been forwarded to Trusfund Pension Limited Head office, Abuja for approval but as I speak to you now, I am yet to get anything. Just last week I went there and a woman whose name was simply given as Mrs. Nonye told me that my forms were returned on the ground that regional offices now had powers to pay pensioners their money and that in my case, they would have to re- scan everything afresh and send to Abuja for approval before payment could be effected because according to her, the woman that handled it did s shoddy job. I simply laughed because I knew it is the usual mudslinging. Meanwhile, this was the money I was expecting since last year 2019 and now we are in the first quarter of year 2020.”

Continuing, a visibly angry media guru said, “ Curiously, when officials of this same Trustfund Pension Limited came hankering and begging for our money in the newsroom then, they appeared very meek and persuasive and you know what the take home pay of a journalist is; so, for one to painstakingly contribute certain part of his monthly peanuts called salary without withdrawal for several years and when it is time to access it, it becomes a tug of war, then there is the need for a critical appraisal from relevant departments. As far as I am concerned, the processing officials know more than they tell unsuspecting pensioners; they are simply being economical with the truth. I have personally resigned to fate because the last time I checked, the same Mrs. Nonye in their usual buck-passing, blamed PENCOM for the delay in approving my payment.”
Source: Crime World