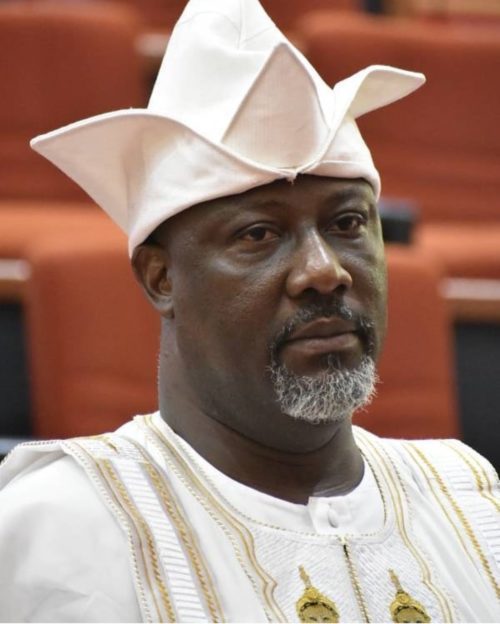 Sen. Dino Melaye, who is eyeing the governorship post of Kogi state, said he will run the state as an independent country that will not need to rely on monthly handouts from the Federal Government.

Melaye spoke at a media interactive session organised by the Kogi State council of Nigeria Union of Journalists (NUJ) for governorship aspirants, at the NUJ Press Centre, Lokoja. The two term senator is a member of the Peoples Democratic Party.

He said the state is blessed with abundant resources and promised to revive the state economy and bring it to an enviable height within four years.

He regretted the pervading poverty and penury owing to maladministration and widespread corruption.

While noting that countries now depended on ideas to revolutionise their economies, he promised that Kogi, under his watch, would not depend on handouts in form of monthly allocations from the Federation Account to survive.

Melaye, who is the Senate committee chairman on aviation, said he would revolutionise agriculture and transform the abundant mineral resources in the state into tangible products that would earn the state good income.

He said that through ideas, galvanised and harmonised by quality leadership, Singapore was transformed from a Third World country to an economically-advanced nation, while Dubai became a high income generating city in United Arab Emirate.

“In four years, we will revive the economy of Kogi and the state will become the envy of others. I have gone round the world and I am sure that I have the necessary capacity and exposure to achieve this.

“I am talking about Kogi State and the generations yet unborn. Let us have public nursery schools, develop education, health and other core sectors to bridge the gap between the rich and the poor, and restore the middle class.

“The paradox of Kogi is that in spite of our abundance, we are poor. Kogi is too rich to be poor. We have to prepare our youths for the future through ICT. Today, ideas have overtaken oil.

“We are focused and intellectually mobile with vision and mission to drive the process.

“I will operate Kogi like an independent country. Kogi occupies 30,354 square kilometres of land, with a population of about 4.7 million people,” he said.

The senator, who disclosed that he would contest the presidency of Nigeria in the next eight years, stressed that his governorship aspiration was divine.

“I am an emissary sent to emancipate the people of Kogi State from economic cowards and financial scavengers,” he declared.