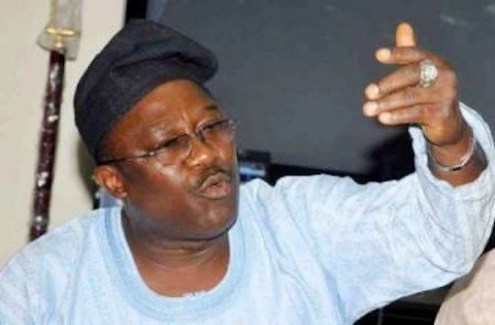 Senator Smart Adeyemi of the All Progressives Congress (APC) has described the stay of Senator Dino Melaye in the National Assembly as disastrous.

Addressing reporters on Sunday in Lokoja, the state capital, Adeyemi described Melaye as his political boy, saying although he brought Melaye into politics, his protégé unfortunately turned against him.

“I will bring development to my state and my constituency, by the grace of God. My victory shows that the people of Kogi West want progress and development. Dino never won any election in this state.”

This comes as Melaye said he will challenge what he called Adeyemi’s “temporal and evaporative victory” at the tribunal.

In a statement on Sunday in Lokoja, Melaye averred that “the victory attained by violence and fraud is tantamount to defeat… for it is momentary”.

The statement said: “It is not about Dino Melaye; it is about Nigeria and our electoral system. I stay the course… (it’s) not over yet.

“I was fought on land, in the air and spiritually. It was not about election but my life. God, I thank you.

“The reaction of men and women of goodwill all over Nigeria, especially the wonderful people of Kogi West, who truly voted for me, is a testimony that God is with me and with us all. I won the election and Adeyemi remains my political wife.

“The forces against me are not beyond God. People should not worry about me. I am fine and will always be. I just thank God that the plan to kill me did not succeed. A living dog is better than a dead lion. I thank God for life. My name is Daniel; I cannot fall or fail.”