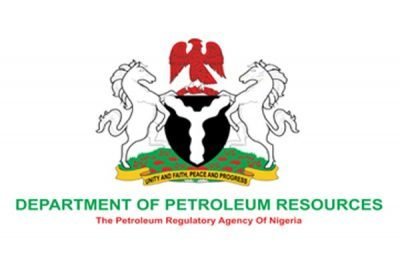 The Department of Petroleum Resources (DPR) on Friday sealed up five filling stations in the Sango-Ota area of Ogun for allegedly selling petrol above N145 per litre and under dispensing.

Mrs Muinat Bello-Zagi, the Abeokuta Operations Controller of DPR, told journalists in Sango Ota that the marketers were caught through the efforts of members of the public.

Bello-Zagi, who was accompanied by her Head of Retail Outlet, Mr Femi Adebowale, said that the state had enough petrol to supply.

She said that there would be no reason for anyone to either hoard or sell above pump price.

“The DPR receive calls from members of the public to some filling stations selling above pump price.

“We decided to go into the nooks and crannies of the area because the operators always think we cannot visit the interior.

“This is to further create the awareness that DPR can go anywhere to enforce the law.

“Some of the stations fell short of standard safety measures expected of them and we made sure they did what was expected of them, while some that proved difficult were made to face the sanctions.”

Bello-Zagi restated the commitment of DPR to sanitize the system and ensure petrol marketers comply with the government directive.

Businessman Sent To Prison For Stealing $38,000