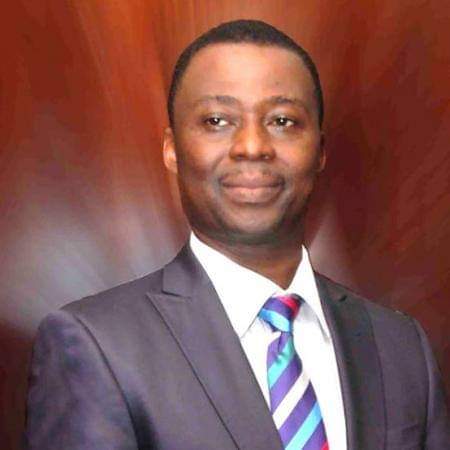 While some are wishing that the home of the man of God should scatter by fabricating lies and cooking up allegations so that their satanic missions will be fulfilled, God is busy fine tuning and waxing the love and desires stronger through fellowship and prayers.

For some months now, Maureen Badejo has been cooking lies against the General overseer of the Mountain of Fire and Miracles Ministries claiming that the man is no longer with his wife, that the woman has moved to Canada and so many other horrible thoughts coming out of her bewitched mind.

This family has received so many attacks, from the child, to the father. From this blood sucking low life of a woman that has no Job other than to do cheap blackmail for popularity on Facebook and YouTube to gain views in other to generate revenues.

No doubt there are a few people that are hurt by the disposition and the disciplinary measures of the mountain of fire and miracles ministry, and this has resulted to set of rogue pastors and relieved staff t calling into this woman’s show, to blab out their thoughts without making sense, one of the recent ridiculous one was FUNKE ASHEKUN.

LET ME GIVE YOU A SMALL BRIEF ABOUT THIS ONE from where we left of the last time, as investigation went on. Remember I told you we will expose all her madness and all the ingrates and unruly people she brings to her show to utter nonsense.

First, Funke Ashekun is not a leader of any sort in MFM. She was just part of a coordinating team whose impact was not even missed when they left. THE LADY CAME TO MFM with her mother who was a nanny to Rev KUMUYI of the deeper life church before she was sacked. The lady enjoyed the embrace and paramount hospitality of Dr D.K Olukoya by providing her with medical attention and special prayers that expedited her health and kept her alive,

We even received information that one pastor of another ministry where they squatted allegedly had canal knowledge of her which resulted to a lot of problems. This woman and her family shamelessly stayed in church apartment for years to enable them gather the finance to put up their own building at ikorodu. Yet they claim that MFM ministries are an occultic church and had done them wrong, but it wasn’t occultic when they were living off the ministry. May GOD HAVE MERCY ON YOUR SOULS all you evil perpetrators and peddlers.

Maureen Badejo can only attract insanity cases to her show because of the nature of her program that is built on cheap blackmail and fabricated lies, SHAME ON YOU.

I have been writing for the past months that this woman is on a mission and her target is to confuse and delude the children of God from seeking deliverance and going to the right place to get the direct experience of the raw power of God, My worry is that she is even doing this with the name of GOD and so many people are falling prey.

But we are exposing her in the cause of time, watch this beautiful video of Dr D.k Olukoya and his family fellowshipping, this s a family that Maureen said was no more and claimed to be a sham, SHAME ON YOU AGAIN please enjoy we hope to bring you more revelations as the truth unfolds.