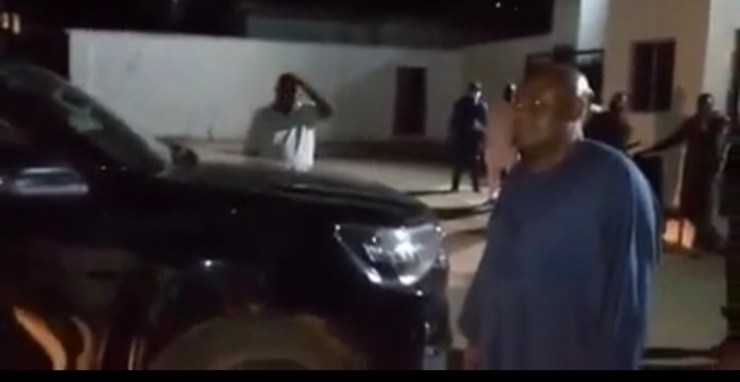 There was a mild drum on Saturday night at the Ondo state government house when the state commissioner of police, Bolaji Salamiat impounded the vehicle of the deputy governor Agboola Ajayi.

In the video made available to Prestige News Online, the deputy governor was not allowed to move out of the government house. 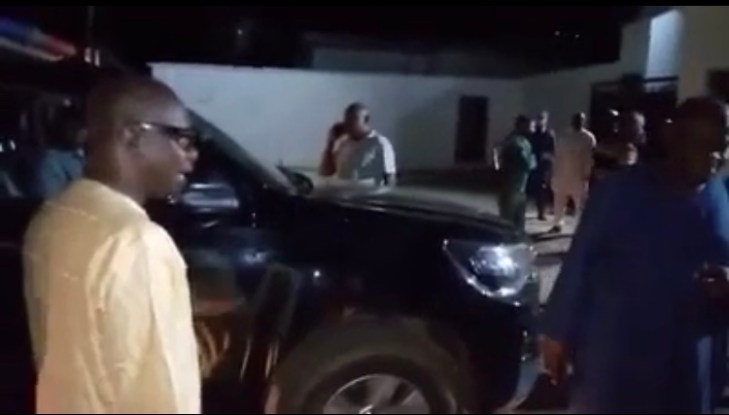 Ajayi was blocked by the state commissioner of Police from moving his pilot vehicle from the government house.

Governor Oluwarotimi Akeredolu and his deputy has been at loggerheads recently but the crisis was heightened when it was reported that the  deputy governor is parting ways and had concluded plans to defect to the PDP to pursue his governorship ambition against his boss.

He is expected to defect to the opposition party at Kiribo, his home town and resign his membership of the APC.

Prestige News Online learnt the police commissioner was acting according to the instruction given to him by the state Governor.

It was also learnt that for several hours, the Deputy Governor argued with the police commissioner.

In the video, Agboola confronted the police commissioner saying “ that is what you are doing ( the CP not allowing me to go out ). Are you not a police officer ? If am leaving the state House, what is your concern about it ?

Are you an APC or PDP chairman ?

Do you know how many hours I have spent here ( at the gate ) ? I don’t understand. I personally paid for this vehicle ,not even government.

That is the reason you shouldn’t have put yourself in this mess because it is totally messed.

Why would police be used for God’s sake ? My brother, let me tell you, you people can not repeat what happened in 1983 in Ondo state and it is unfortunate that they want to use the police to cause this but Ondo state people will resist you with everything. ”

GOVERNOR MATAWALLE IS CONSISTENT ON SECURITY CONCERNS IN THE STATE