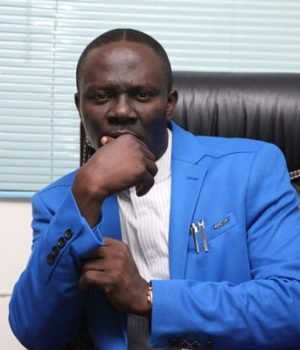 Afegbua confirmed this to this newspaper on Wednesday evening.

“I got a call from the Department of State Services (DSS) this evening,” Afegbua told newsmen.

Accompanied by his wife and lawyer, spokesman of the former military ruler visited the police headquarters in Abuja on Wednesday.

The police had declared him wanted in connection with a statement he issued on behalf of his principal on Sunday.

Jimoh Moshood, spokesman of the force, had asked Afegbua to report to the nearest police station.

He was accused of “injurious falsehood”

But after honouring the invitation, the former commissioner of information in Edo state, said the police apologised to him over the way the matter was handled.

He added that his principal had been giving him the support required since the controversy started three days ago.

Afegbua said Babanginda called him after two popular television stations reported the news that he had been declared wanted.

“It will even interest you to know that when I was declared wanted on Channels TV and Nigerian Television Authority (NTA), my boss IBB was the one who called me and said ‘why are they declaring you wanted? Are you a criminal?’ And we laughed over it,” he had said.

“He also asked if I was on the run and if I have been given invitation and he said, okay that is interesting. My boss said he heard on the news that they talked about defamation of character and he asked whose character have you defamed?”

In the statement which led to the invitation from security agencies, Babagnida asked Nigerians to vote out President Muhammadu Buhari in 2019.

He also lamented over the high rate of insecurity in the country and said the current administration had lived below expectation in its fight against corruption.

However, few hours after this statement was made public, another one, said to have been signed personally by Babangida, was issued.

The second statement said the views contained in the original one were those of Afegbua.

But the spokesman insisted that it was Babangida who instructed him to put out the statement, attributing the second one to those who “love IBB more than himself”.