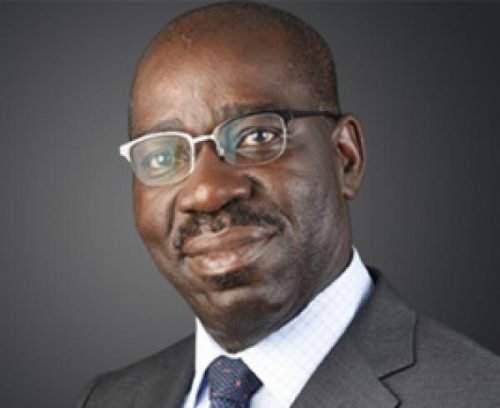 The State Governor, Mr. Godwin Obaseki, who gave the directive Thursday, while presiding over a stakeholders’ meeting with the Serikis Hausa/Fulani from the 18 LGAs of the State, also announced a ban on night grazing, the carrying of guns by herdsmen

He disclosed that the State has set up a seven-man committee in each of the 18 Local Government Areas in the State to check clashes between herdsmen and farmers.

According to the Governor, the seven-man committee will include the chairmen or heads of the LGAs, the Divisional Police Officers (DPOs), representatives of State Security Service and four representatives from the communities in the state.

Obaseki who charged to “review all cases of herdsmen/farmer clashes in all the local government areas, said the State Government would release the report of clashes between herdsmen and farmers in the state to the committees for review.

According to him, “The committees will ensure the registration of all the Serikis Fulani in every community across all the local government areas and the Seriki Fulani will liaise with everyone rearing cattle in the area.”

According to the Governor, there will be another committee that will be headed by him (the Governor) and members of the committee will include the State Commissioner of Police, the Director of the State Security Service in the State, the Commander of 4 Brigade with other members drawn from the communities across the three senatorial districts in the State.

Obaseki noted, “Every three months we will meet with representatives of the local government committees to review and examine the progress being made in resolving the herdsmen/farmers’ clashes in the state.

“A special team made up of the Police, Army, Civil Defence Corps and other security agencies in the state will carry out random patrols and search operations. Any herdsman found possessing firearms will be arrested and charged with illegal possession of firearms, as cattle rearers do not need an AK 47 to herd cattle.

“We will not accept anyone with firearms and anyone found with arms will face the law. We need information to succeed in this fight and information is vital to the police and other security agencies. We assure you of your safety.

“We have placed a ban on night herding; nobody should herd their cattle at night. We have also placed a ban on hunting activities by people from other states in the name of hunting.”

Chairman, Edo State Hausa Community, Alhaji Badamasi Saleh, requested that “Mechanism should be put in place to protect the sources of security information as most members of the communities find it difficult to volunteer information to the security agencies as they fear that their identities would not be protected.”

Alhaji Abdulkareem Ibraheem, who represented the Hausa/Fulani communities in Edo South, urged the State Government to provide the necessary logistics that will aid the task of the monitoring committees in the various local government areas.

Commissioner of Police Edo State Command, Johnson Kokumo, thanked members of the Hausa/Fulani community for finding the time to attend the meeting and assured that with their support, the clash between herdsmen and farmers will be checked.

Cattle Colonies Not Meant To Colonise Part Of Nigeria – Buhari