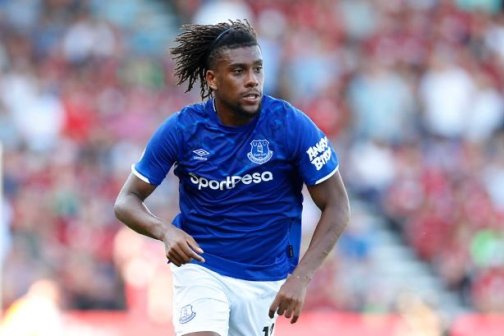 Everton are said to be considering offers for Nigeria international Alex Iwobi and several other players before the October transfer deadline closes.

Other players on the chopping block are ex-Arsenal Theo Walcott and ex-Juventus Moise Kean.

Carlo Ancelotti’s plan may explain why Iwobi was not even on the bench for Everton when they met Tottenham on Sunday, in their MatchDay one, which they won 1-0.

According to British media reports, Everton are looking to balance their books, with the sale of the players, after shelling a lot of money in buying Allan, Abdoulaye Doucoure and James Rodriguez.

Iwobi, 24, has struggled to make an impact at Goodison following his £40m switch from Arsenal.