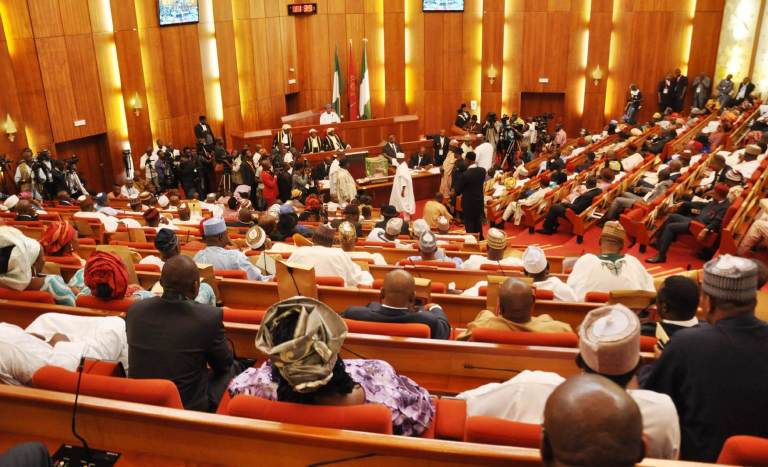 EVIDENCE of tax payment will be a condition for operating a bank account from January, According to the Financial bill passed by the National Assembly.

The Bill, submitted to the lawmakers with Budget 2020 by President Muhammadu Buhari, is designed to improve financial operations of the country and streamline the tax regime.

It is expected to be signed with the budget before end of the month, to actualise the return to the January – December budget cycle.

According to a section of the Bill, banks will require anybody opening an account to provide his Tax Identification Number (TIN)

Those who already have accounts with banks will also be required to provide their TIN.

The intention is to make sure that more people are captured into the tax net.

According to the Joint Tax Board, the tax identification number (TIN) is a unique identifier for an individual or a company for tax remittance.

The TIN is prepared by the tax office and issued for proper identification and verification.

Applying for TIN is free. The TIN generation process is real-time and should not exceed 48 hours after a request is submitted.

Another major feature of the Financial Bill is the hike in Value Added Tax (VAT) to 7.5 per cent from the extant five per cent.

Also in the bill, emails will be accepted by the tax authorities as a formal channel of correspondence with taxpayers.

Under the proposed Personal Income Tax Act: the bill will state that pension contributions no longer require the approval of the Joint Tax Board (JTB) to be tax-deductible.

The bill when signed into law, will remove the tax exemption on withdrawals from pension schemes except the prescribed conditions are met.

The bill will come up with a penalty for failure to deduct tax by agents appointed for tax deduction. This penalty is 10 per cent of the tax not deducted, plus interest at the prevailing monetary policy rate of the Central Bank of Nigeria (CBN).

Another penalty that will come into effect when the bill becomes law will be the penalty for late filing of the Value Added Tax (VAT) returns.

Similar to the VAT amendment, the bill is also introducing Capital Gains Tax (CGT) exemption on Group reorganisations, subject to the following conditions being met.

The current practice is that companies send an approval request letter under CITA S29(9) to the FIRS, and include a CGT exemption request. Currently, the CGT Act imposes CGT on compensation for loss of employment above N10,000.

The bill seeks to expand the coverage of this provision by renaming it “compensation for loss” and increase the minimum threshold from N10,000 to N10 million.

Banks obtain N319billion in loans from CBN in one month

10 essential tips for women trying to get pregnant