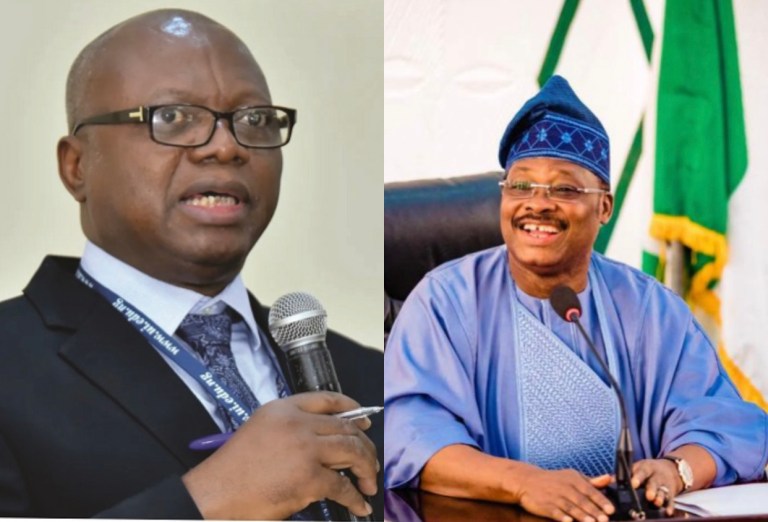 The Vice-Chancellor of the University of Ibadan, Professor Idowu Olayinka has revealed that the former governor of Oyo State, Isiaka Abiola Ajimobi gained admission for a doctorate degree at the institution before his death.

According to a statement to mourn the death of the two-term governor of the state, Professor Olayinka said Ajimobi had already paid the requisite acceptance fee to secure his admission.

“Towards the end of his two-term tenure as Governor, Senator Ajimobi expressed interest in pursuing a doctoral programme at the University of Ibadan. This is a standard practise in many world-class universities in other jurisdictions as it provides an avenue for people who have seen it all in public service and the private sector to interact with the scholars in academia.

“Senator Ajimobi subsequently applied for and was offered admission for M.Phil/PhD Sustainable Development Practice by the Postgraduate College, University of Ibadan, tenable at the Centre for Sustainable Development, which is now part of our Faculty of Multidisciplinary Studies. He had already paid the requisite acceptance fee,” the VC wrote.

Speaking about the Ajimobi’s achievements in the field of higher education in the state, while in government;

“In the field of higher education, his achievement was quite commendable. As at the time he assumed office as Governor in May 2011, there were four universities in the State.

“He himself founded the First Technical University in 2012 although the effective take off took another few years and he appointed an accomplished academic and former Deputy Vice-Chancellor, at Obafemi Awolowo University, Ile-Ife, Professor Ayobami Salami the pioneer Vice-Chancellor in 2017.

“His transition has now prevented the Distinguished Senator Ajimobi the opportunity of embarking on his doctoral research at the University of Ibadan. We pray for the repose of his soul. May the good God forgive his sins and comfort his widow, children, grandchildren, friends and associates,” he added.

NO REGRETS NEGOTIATING WITH BANDITS, STILL THE BEST OPTION TO PEACE – GOV. MATAWALLE

Taraba man laments as wife cut off his manhood