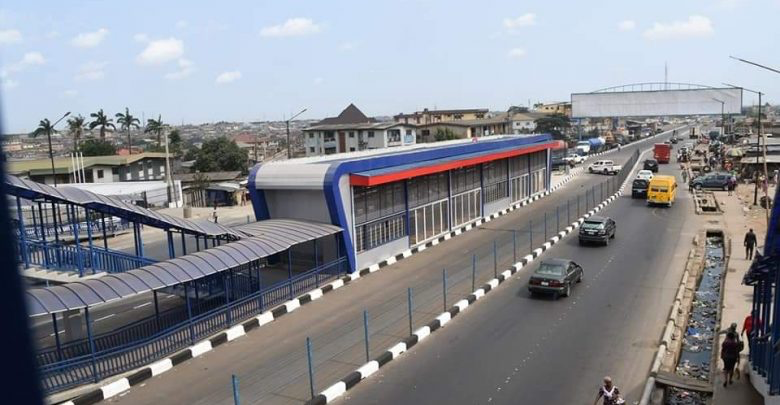 It is about 600 days that Governor Babajide Olusola Sanwo-Olu took over the reins of affairs as Governor of Lagos State. Between then and now, the governor has been confronted by several debilitating storms like the corona virus pandemic and the ENDSARS protests yet, he has not derailed from his developmental agenda christened T.H.E.M.E.S (Traffic Management and Transportation; Health and Environment; Education and Technology; Making Lagos a 21st Century State; Security and Governance). In this article, we examine how he has fared in each area of T.H.E.M.E.S. 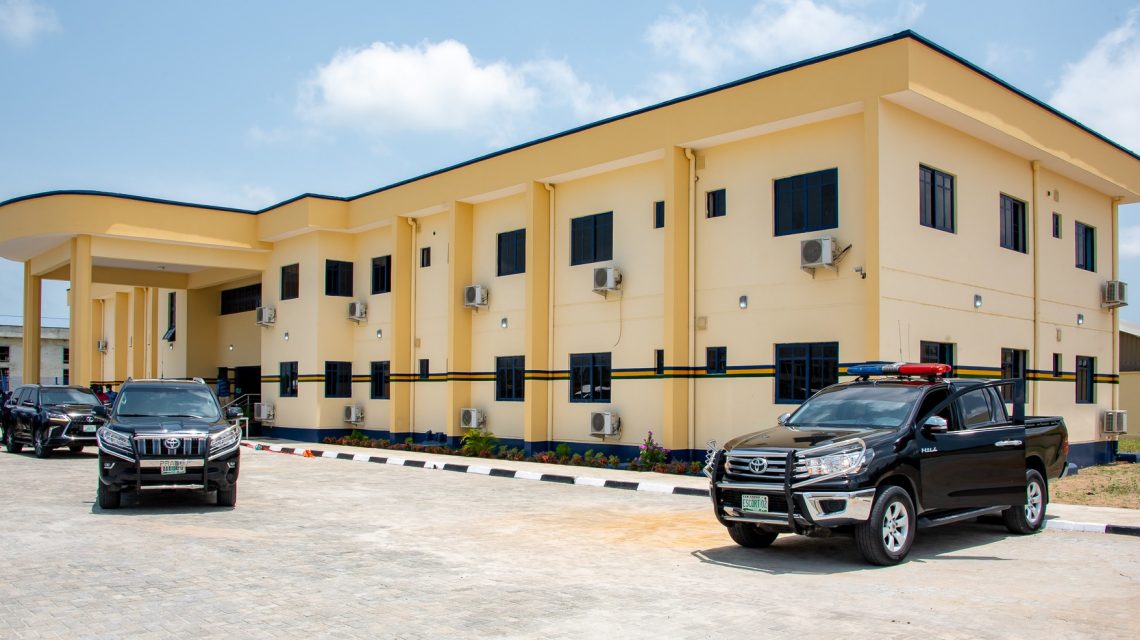 To aggressively address the challenge of bad roads and ease traffic congestions across the state, the first thing Governor Sanwo-Olu did on assumption of office was to introduce the ‘Zero Tolerance for Potholes Initiative’ by directing the Public Works Corporation to commence the patching and rehabilitation of the roads and the clearing and cleaning of all secondary and tertiary drainage systems to ensure the free flow of rainwater during the rainy season across the state. He also directed the Lagos State Traffic Management Authority (LASTMA) to operate a minimum of two shifts by managing traffic until 11:00 pm daily. 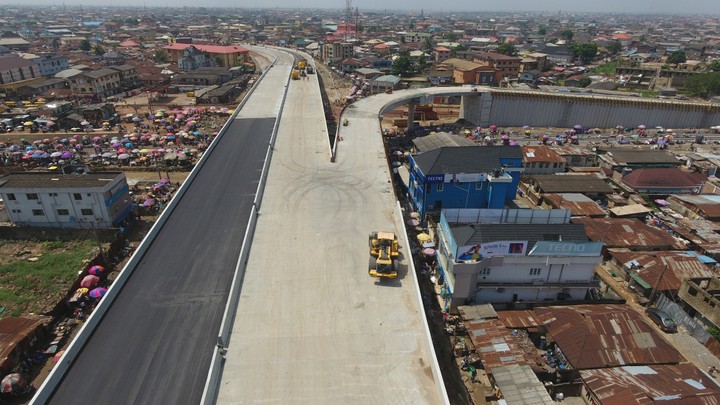 The ubiquitous okada motorcycles and tricycles were also banned across 15 local councils as a stop-gap solution to the endless traffic jams. To ameliorate the attendant inconvenience of the ban, the state government rolled out 65 high-capacity buses in addition to the existing buses in the fleet of the Lagos Bus Services Limited. 550 medium-capacity vehicles are expected anytime soon.

To further strengthen the drive for a multi-modal transport system, Governor Sanwo-Olu launched the Uber Boat water transportation service, a partnership between the global ride-hailing company and the Lagos State Waterways Authority, LASWA, which is exploring the state’s abundant waterways and, thereby, reducing pressure on roads.

Similarly, the Lagos Ferry Services (LAGFERRY) launched its commercial operations in February. In its fleet are 14 boats with a capacity of between 30 and 60 passengers. Apart from the Badore Ferry Terminal in Ajah, other modern jetties are being built in Ijegun, Badagry, Lekki, and Ajegunle. 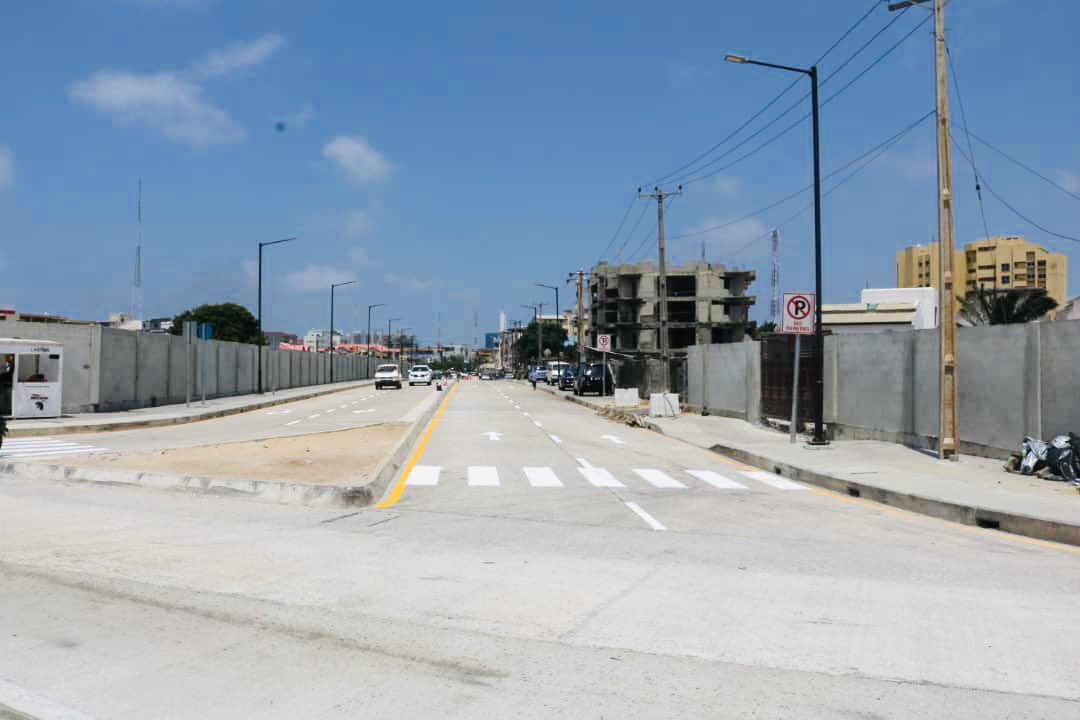 Significantly, to improve traffic management and transportation, the Blue Line Mass Transit Rail project, which started in 2009, has been revived with the completion of the sea-crossing track. The five-kilometre elevated sea-crossing track of the project in Marina was completed last December. Other rail lines on the drawing board are the 68km – Green Line from Marina through Victoria Island, Lekki Phases 1 and 2, Ajah, Ogombo, Lekki Airport to Lekki Free Trade Zone; the 60km – Purple Line from the Redemption Camp through Ogba, Iyana Ipaja and Igando ending at Ojo; and the 34km Yellow Line from Otta through Isheri Osun, Ejigbo Mafoluku, Isolo to National Theatre. There is also the 48km Orange Line from Ikeja crossing through Mile 12, Ikorodu, Alapadi, Eligana, Isiwu, Imota and ending at Agbowa.

Also, the Oshodi – Abule-Egba section of the Lagos–Abeokuta expressway has been reconstructed and commissioned last September. The 13.68 kilometre-long BRT corridor has reduced commute time on the route by as much as 75 per cent.

There is a renaissance in the state’s public health sector. A 149-bed Maternal and Childcare Centre, MCC, in Alimosho General Hospital was commissioned recently. The specialist centre is equipped with ultra-modern equipment that aids prompt delivery of maternal and child care services.

A four-floor 110-bed Maternal and Child Centre (MCC) was also recently commissioned in Eti-Osa. Specially designed to provide integrated healthcare for mothers and children, the facility has four operational surgical theatres, defibrillators, ventilators, and oxygen therapy and phototherapy units. The Eti-Osa MCC is the eighth facility completed by the state government to provide specialized mother and childcare services while two other similar facilities located in Epe and Badagry are nearing completion.

The Healthy Bee Initiative of the Lagos government, a free healthcare programme aimed at combating organ impairment and life-threatening ailments in children saw over 25,000 residents benefitting from free treatment and surgery recently.

Lagos has also been at the forefront of the fight against the coronavirus pandemic in Nigeria with a functional incident command centre and, apart from the existing isolation centre, recently opened another in Victoria Island. The new centre is a purpose-built medical facility equipped with ICU capacities in response to the resurgence of the coronavirus in Nigeria with Lagos still the hub of the infection.

The Lagos State Waste Management Authority, LAWMA, acquired 10 boats to boost its marine waste operations. The agency also launched the Lagos Blue Box initiative, a single stream recyclable collection program that encourages the separation of recyclable materials from the general waste at the point of generation and which aims to, among other objectives, encourage zero waste generation in the state and promote a healthier and cleaner environment; reduce carbon footprints and increase economic security by tapping the domestic source of the material.

To promote a smart city with technology, the Sanwo-Olu administration organised the Art of Technology Lagos where the governor announced a N250m grant for tech start-ups to encourage young people with fantastic ideas.

The administration gave N350million bailout for personnel cost and increased the subvention of the Adeniran Ogunsanya College of Education from N200million to N250mllion.

As part of the reforms for the education sector, the Eko Excel, an acronym for ‘Excellence in Child Education and Learning’, was launched in January 2020. It is already empowering teachers to deliver at the same level as their counterparts around the world; and providing strong continuous support that will encourage improvement in teachers and pupils. An estimated 14,000 primary school teachers are expected to benefit from the initiative while over 500,000 pupils would be positively impacted. Microsoft recently partnered with the state government to train 18, 000 teachers on its Microsoft Office suite.

More than three decades after it was established, the Lagos State University, LASU, is set to become a residential tertiary institution as the state government, under the Public-Private Partnership, PPP, has signed a Build, Operate and Transfer, BOT, agreement with six property developers to construct 8,272 units of hostel in the school’s premises to be ready in the Year 2021.

To help legal residents whose businesses were affected by the carnage trailing the END SARS protest to resuscitate their businesses, the governor launched the N5bn MSME Recovery Fund under the Lagos State Entrepreneurship Trust Fund (LSETF).

In fulfilment of his pledge to end poverty through the implementation of socio-economic empowerment programs, Governor Sanwo-Olu recently empowered a total of 1,050 vulnerable and indigent residents in the state. Beneficiaries received, in addition to financial support, business support tools and equipment such as grinding machines, hairdressing tools, sewing machines and tyre repair kits among other materials. The governor promised that this initiative would be done quarterly.

Last November, the state government paid about N1.3 billion into the Retirement Savings Account (RSA) of 246 retirees in the state’s public service for October. The beneficiaries included employees from the mainstream service, Local Government Service, State Universal Basic Education Board (SUBEB), the Teaching Service Commission (TESCOM), and other parastatals of the state government.

The state government has resuscitated the Adiyan Waterworks, Phase Two with contractors mobilised to site. The water treatment plant, with a production capacity of 70 million gallons per day, was started in 2013. About N600million compensation was paid to owners whose property had to give way for the reconstruction works. After resuscitation, it will provide drinking water for more than five million Lagos residents and will help to address sanitation challenges and fight water-borne diseases.

In Ojokoro Local Council Development Area, 31 roads, which adds up to a total of 20.216 kilometres, have been completed and commissioned by Governor Sanwo-Olu.

The hitherto abandoned Pen Cinema flyover project is expected to be completed and commissioned in the first quarter of 2021.

A newly constructed section of the Lagos – Badagry expressway has been declared open. The 4-kilometre section stretches from Agboju and cuts across strategic locations like Maza-Maza and Alakija to Trade Fair.

The state government entered into a Public Infrastructure Improvement Partnership (PIIP) agreement that involves banks handling the rehabilitation of roads as a Corporate Social Responsibility (CSR). For instance, Access Bank is partnering with the state government in the infrastructural upgrading of the Oniru network of roads under the PIIP arrangement.

Under Governor Sanwo-Olu, the China Development Bank has injected a $629million financing facility to accelerate the completion of the Lekki Deep Seaport project, which started in 2011. When completed in 2022, the deep seaport would have two container berths of 680-metre long and 16.5-metre water depth. It will also have the capacity to be berthed by fifth-generation container ships, with a capacity of 18,000 TEU ship. Governor Sanwo-Olu affirmed that the project will transform the Lekki corridor into a new economic hub and offer a new impetus for socio-economic growth in the state.

In January 2021, Governor Sanwo-Olu commissioned 264-units of flats ranging from one to four bedrooms for upper and middle-income earners in two different estates in the Ikate Elegushi and Lekki area of the state.

The 492-flat housing project in Igando area of Lagos was completed, commissioned and handed over to its new occupants in 2019. The project, which originally started in 2012 under the Home Ownership Scheme of the administration of ex-Governor Babatunde Fashola, but was abandoned by the immediate past administration, is a testimony of Sanwo-Olu’s campaign pledge to complete and deliver all critical projects inherited from the last administration. The estate is fittingly named after the first civilian governor of Lagos State, Alhaji Lateef Jakande, who died February 11th, 2021. Similarly, the recently commissioned 132-unit Lagos HOMS project at Iponri in Surulere area was named after former Governor Babatunde Raji Fashola, SAN.

There are also an additional 360 units in Igbogbo, 744 in Sangotedo, 660 in Agbowa and 680 in Egan Igando are slated for commissioning soon.

Under the Agro-Processing Productivity Enhancement and Livelihood Support (APPEALS) Women and Youth Empowerment Scheme (WYEP), 350 have graduated being the batch 1. Out of these beneficiaries, 165 majored in the poultry value chain, 35 in the rice value chain and 150 in the aquaculture value chain. The thrust of the project is to increase farmers’ productivity, production, and improve the processing and marketing of the target value chains, which would foster job creation along identified value chains.

The Imota Rice Mill in Lagos is nearing completion. The 38 metric tonnes per hour mill will be one of the biggest on the continent when completed. It is expected to throw up between 1000 and 1,500 jobs and positively impact the rice value chain that will produce 2.4 million bags of 50kg rice yearly.

The governor also unveiled a five-year master plan that would guide the state’s intervention and investment in agriculture for a long-term return with the objective to reduce food importation and over dependence on finished products from outside the country.

The state government is also in the process of establishing the Lagos Aquaculture Centre of Excellence (LACE) to drive fish production in the state. The centre will have a hatchery with a capacity to produce 50 million fish – enough to supply 5,000 smallholder farms. It will also include a 24,000 tonnes feed mill and a 20,000 tonne capacity fish processing centre. He said that the annual demand for fish in the state was 374,000 tonnes, considerably below the state’s current 155,000 tonnes of production.

Effective security is an essential component of the Sanwo-Olu developmental agenda for Lagos State. As such, he has been proactive and pragmatic in the handling of the state’s security providing the required support for the police for effective discharge of their duties. He recently commissioned the new Area L Police Command in Ilashe, Ojo; the Area ‘J’ Police Command administrative building at Elemoro town in Ibeju-Lekki and donated 125 patrol vehicles and 35 patrol motorcycles for the use of security operatives in the state. 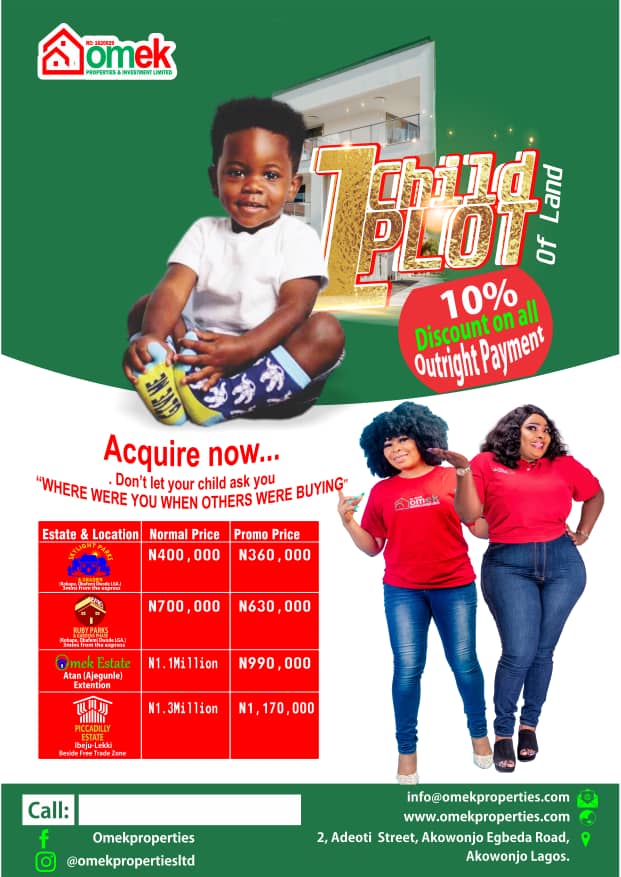