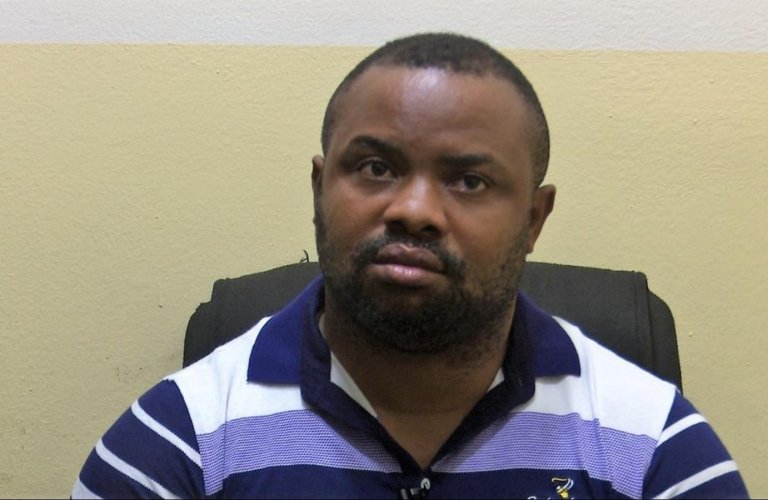 A 32-year old Boniface Oburuku has been arrested by operatives of the Economic and Financial Crimes Commission, EFCC, for theft of a handbag, belonging to an international guest from the Republic of Mauritius.

According to EFCC, Oburuku committed the crime on June 11, 2019 at an event organised by the EFCC to mark the year’s National Democracy Day and Anti-Corruption Summit at Transcorp Hilton Hotel, Abuja which had in attendance, President Muhammadu Buhari, Nigerian security chiefs, respected citizens and global leaders.

For over one year, the suspect has been on the Commission’s watch list and was eventually arrested in Lagos few days ago.

Narrating how the suspect was tracked down, the team leader, Counter-Terrorism and General Investigations Unit of the EFCC, said the Commission swung into action through an intelligence on the suspect all over the country, which showed that he was constantly on the move from Mpape area of the FCT to Jabi and later to Gwagwalada, all in the FCT. He finally settled in Lagos where he was arrested.

Investigations also revealed that to breach security at the day’s event, Oburuku dressed smartly in a black suit and claimed to be of the Department of State Security (DSS) and was allowed access into the venue by security agents on duty without presentation of an invite.

While confessing to the crime, Oburuku who would soon be charged to court apologised to President Buhari, the EFCC and his Mauritian victim. He called on others who are into fraudulent and criminal activities to turn a new leaf.

Ibidun Ajayi-Ighodalo to be buried on Saturday