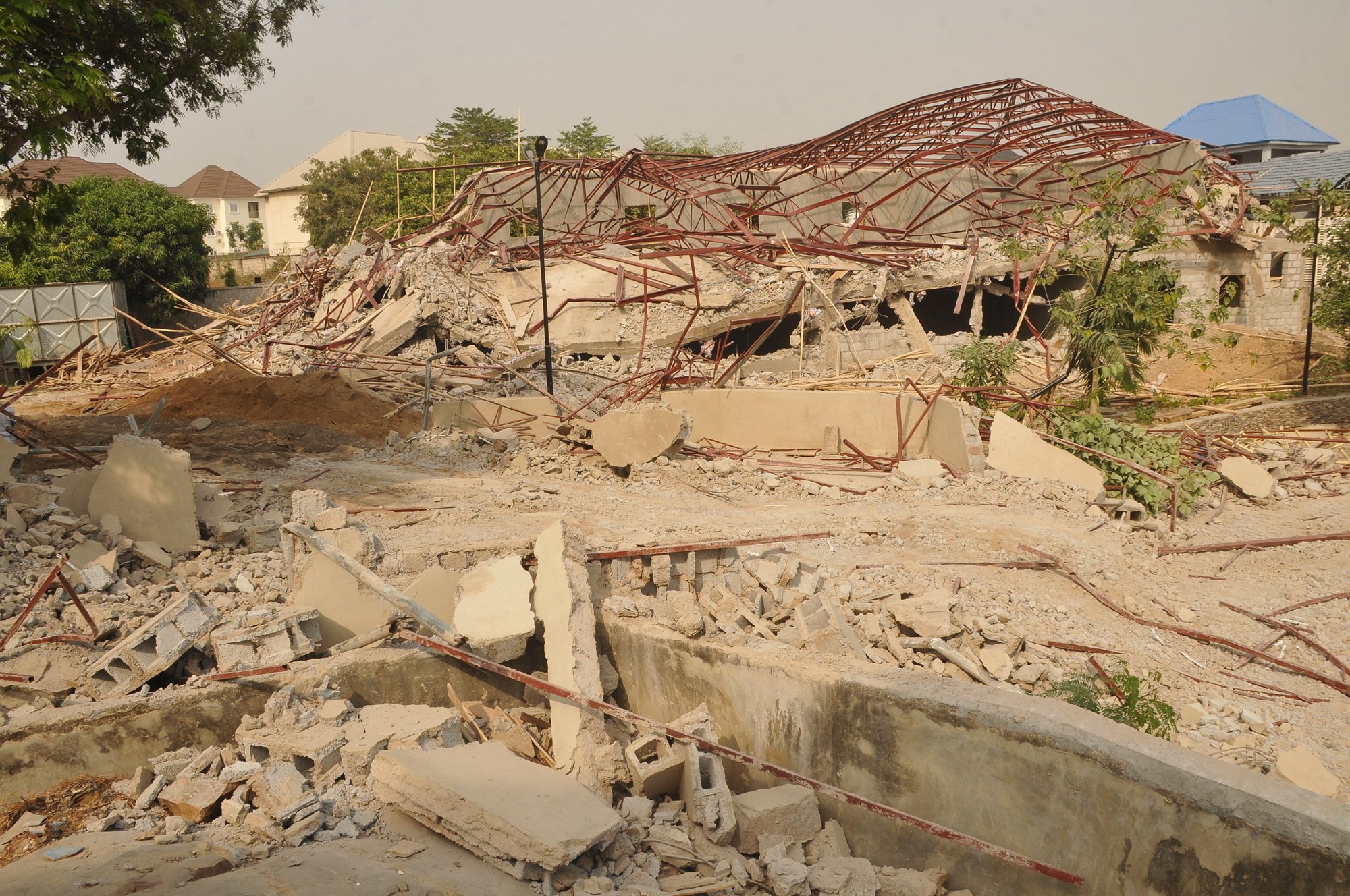 The building, which is inside A. Aruera – Reachout Foundation/Women For Change and Development Initiative, is situated on Shehu Yar’Adua Way along Mabushi–Kado–Life Camp Expressway, Abuja.

Mr Emmanuel Anene, a Lawyer with E.A. Ezugwu and Associates told newsmen that the issue of the building is still pending before the Federal High Courts in Lagos and Abuja.

“Sometime before, people from Development Control came to the site, alleging that there was no approval for the building.

“We met them at their office and showed them the approval, which they accepted. We thought that the matter was over.

“They had earlier gone to court with application for forfeiture of the property to the government which they failed to achieve at the Lagos High Court.

“So we were surprised that a team came in this afternoon without notifying us to remove the structure.

“Also, we were not served with any notice for demolition, they just came in now and started the demolition of the structure,’’ he said.

Responding, Mr Muktar Usman, Director of Development Control, Federal Capital Territory Administration (FCTA), told NAN that the building has no approval and that notice was served for the demolition of the property.

He said the building was not the only one affected by the demolition in the area as there were others that were also demolished.

Muktar alleged that members of staff of the Development Control Department were also assaulted at the premises.

INDIGENOUS SHIPOWNERS MAY GET NNPC, NIMASA NOD TO LIFT CRUDE