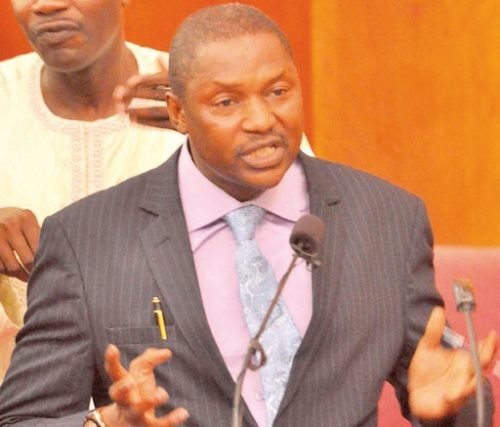 The Nigerian government has commenced legal proceedings against the Chinese-owned oil firm, Addax Petroleum Development Nigeria Ltd, over the company’s alleged under-remittance of $3 billion in taxes and royalties.

Court documents sighted during the court proceeding before justice Olatoregun on Friday show that the funds, according to the government, were outstanding claims against the company under the Petroleum Profit Tax Act and Petroleum (Drilling and Production) Amendment Regulation 2003 over Oil Mining Leases (OMLs) 123, 124, 126, and 137.

According to Dada Awosika and partners, the chamber that filed the suit on behalf of the Federal Government of Nigeria , the $3 billion unremitted funds came as a result of the oil multinational’s illegal and irregular reliance on Side Letters dated 21 November, 2001, 20 December, 2001, and 24 August, 2004 which were never gazetted.

The government’s move to recover the funds from Addax came three months after a report on how the Chinese firm allegedly paid millions of dollars in bribes to Nigerian officials to secure juicy contracts in the oil industry.

In 1998, Addax Petroleum, a subsidiary of China’s Sinopec Group, one of the world’s largest oil and gas producers, entered into a Production Sharing Contract (PSC) with the NNPC (as concessionaire) in respect of OPL 98/118 and OPL 90/225.

Four years later, the company discovered oil in commercial quantities and the OPLs were converted into Oil Mining Leases (OMLs) 123/124 and 126/137. The contract entered into by the two parties required Addax Petroleum to pay royalties on any oil produced from the relevant oil blocks at the rate of 20 percent as stipulated by law.

It also provided that the Petroleum Profit Tax Act (PPTA) applicable to the contract areas shall be 65.75 percent for the first five years, starting from the first day of the month of the first sale of the oil, and 85 percent thereafter.

However, according to the Statement of Claim filed by Dada Awosika, the lawyer prosecuting the case on behalf of the Nigerian government, Addax Petroleum fraudulently obtained a side letter in 2001 and 2004 which were “never gazetted” and which they used in calculating their taxes and royalties.

The calculations in the side letters fixed the PPT payable by the company at 60 percent and, rather than the 20 percent flat rate of royalty, provided for a graduated rate depending on the volume of oil produced from the oil blocks. The side letters were signed by Engr. Funsho Kupolokun, then Special Assistant on Petroleum and Energy to former President Olusegun Obasanjo (in 2001) and Olabode Agusto, then Director General/Special Adviser on Budget to the President (in 2004).

“Several objections and protests were raised by FIRS (Federal Inland Revenue Service), NNPC, and Department of Petroleum Resources to the reliance on these side letters by the defendants to bypass, supplant, and subvert the process,”the government’s lawyers stated in their claim.

“In 2003, in order to give effect to the graduated royalty regime stated in the side letters, the Minister of Petroleum Resources (Mr. Obasanjo) issued the Petroleum (Drilling and Production) Amendment Regulations which provided for graduated royalty rates for onshore and shallow offshore PSC which did not account for royalty by tranches.

“The Petroleum (Drilling and Production) Amendment Regulations 2003 when made was given retrospective effect from the first day of January, 2000, which was the same date of commencement of the graduated royalty rates contained in the side letters.”

Several meetings between Nigerian government officials – represented by the FIRS, DPR, and NNPC and representatives of Addax Petroleum reassess and resolve the latter’s “colossal underpayment” to the government between 2007 and 2012 yielded no results.

In one of the meetings, which it was discovered that the company’s application of the graduated royalty rates as provided for in the Petroleum (Drilling and Production) Amendment Regulations 2003 as contained in the side letters was erroneous.

Rather than relying on the applicable royalty rates in calculating their daily production volume, Addax Petroleum allegedly developed a practice of slicing their volume rate of royalty to different tranches of production, thereby significantly reducing their royalty obligations.

Government’s calculations of under-remittance showed that the company withheld $1.3 billion in royalties and $1.7 billion in PPT. But Addax Petroleum maintained its right to the use of the side letters for computing the taxes on its operations and dragged the government over accusations of a breach of their 1998 PSC on the oil blocks.

In suit FHC/ABJ/CS/1099/2014 filed before former Chief Judge of Federal High Court, Ibrahim Auta, the company sought a judicial approval towards their continued use of the side letters to compute its financial obligations to the Nigerian government.

However, on 26th May, 2015, three days before the administration of then president, Goodluck Jonathan, handed over to his successor, Muhammadu Buhari; the government negotiated a controversial out of court settlement with Addax Petroleum, agreeing to pay the company $3.4 billion (about N1 trillion).

Court papers filed by the Nigerian government’s lawyers stated that Addax Petroleum “surreptitiously teamed up” with some officials of DPR, FIRS, and NNPC to execute certain terms of settlement which was eventually made the Consent Judgment of court notwithstanding the pendency of several applications yet to be heard by the same court.

“In executing the said terms of settlement, the authorities were not sought, no approval at Federal Executive Council level was given, the governing boards of the FIRS, NNPC and DPR did not authorize those officers that executed the bogus terms of settlement to so act,” the lawyers argued.