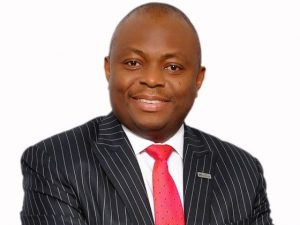 “We are delighted by our 2018 numbers, which clearly shows a sustained performance trajectory. We are growing our market share with continued traction in our chosen business segments. We recoded double digits growth in interest income on our liquid assets, digital banking, FX and other income lines,” said Fidelity Bank CEO, Nnamdi Okonkwo.

As seen in recent years, the bank’s digital retail banking approach has continued to yield positive results. Savings recorded its fifth consecutive year of double digits growth with a 27.7  per cent increase to peak at N228 billion.  ”Savings accounts for over 23 per cent of our total deposits, an attestation of our increasing market share in the retail segment,” he said.

Okonkwo was also enthused with the progress of its digital banking play stating that over 42 per cent of customers are now enrolled on the bank’s mobile/internet banking products and more than 81 per cent of total transactions done on digital platforms, resulting in 25 per cent of fee-based income, coming from digital banking.