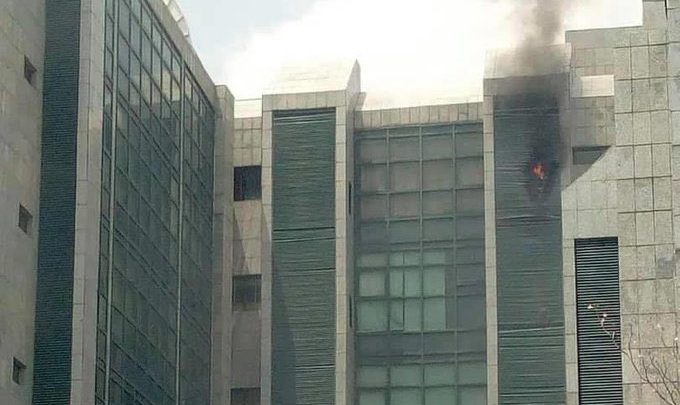 Just a week after a part of the office of the accountant-general of the federation was gutted by fire, there has been another fire outbreak at the Corporate Affairs Commission (CAC) headquarters in Maitama, Abuja.

Firefighters have, however, arrived at the scene of the incident to put out the fire.

The fire outbreak was said to have been caused by an electrical fault from one of the air conditioners in the building — which is just one of the several other similar incidents in the city.

Late 2019, a similar inferno at the headquarters of the Federal Inland Revenue Service (FIRS) affected some old files kept in a store.