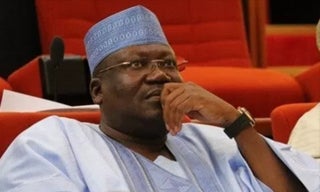 Five months after their inauguration, many senators have yet to establish constituency offices, investigations by The PUNCH have revealed.

It was gathered that a lot of them visited their constituencies only during festivals when they stayed in their heavily guarded mansions.

Few ones, who had established constituency offices, told The PUNCH the demands from their constituents included assistance for payment of hospital bills, school fees and social functions.

Some residents, who spoke to The PUNCH, said gaining access to lawmakers, who came home during festivals, was tough.

Only one Katsina senator has constituency office

Out of the three senators representing Katsina State, only Ahmad Babba-Kaita (Katsina North) has a functional constituency office with 12 members of staff headed by Mallam Lawal Adamu. The office is located at the Kangiwa/Daura road in Daura.

Adamu, in an interview with The PUNCH, said residents sought the senator’s assistance on issues such as unemployment and empowerment.

He stated, “In most cases, I visit him in Abuja, especially when there are urgent issues. For instance, I take forms and the curriculum vitae of graduates looking for jobs to him in Abuja.”

Efforts to reach both senators Kabir Bankia (Katsina Central) and Bello Mandiya (Katsina South) were abortive. Investigations in Katsina and Funtua, the headquarters of the two senatorial districts, showed that the two senators did not have constituency offices.

When a media aide to Bankia, Kabir Jirgi, was contacted on the phone, he promised to call back on Thursday. He had yet to call back. Senator Mandiya’s known phone number kept on ringing without response. Mandiya had yet to reply a text message sent to him as of 7pm on Sunday.

Amosun, Odebiyi yet to have constituency offices

In Ogun State, out of the three senators representing the state, only Lekan Mustapha (Ogun East) has a constituency office , which is located at the old Lagos road, Ijebu Ode.

In a telephone interview with The PUNCH, Mustapha said he had eight members of staff in the office and visited there every weekend.

He said, “The reality is that on the average, 25 to 35 people come around whenever I am within their reach. Most of their requests border on school fees, hospital bills, business and trade supports. On the average, I spend between N3m and N4m monthly.”

Senator Ibikunle Amosun has yet to get a constituency office. Attempts to get his reaction failed as he did not reply to a message sent to his phone .

It was, however, gathered that Amosun met his loyalists in his mansion at the Government Reservation Area in Ibara, Abeokuta, whenever he was around .

Some people, who claimed to be Amosun’s supporters, said they waited for their political leader at his residence every Friday.

A supporter of the ex-governor was seen at the senator’s residence on Friday. He confided in The PUNCH that he wanted to seek help for his daughter’s education.

Another supporter, who spoke on condition of anonymity, said she visited the house every week, but could not have access to Amosun. It was also gathered that some people observed their Jumat prayer at Amosun’s house on Fridays as part of efforts to meet him.

Attempts to get the comment of the senator representing Ogun West, Tolu Odebiyi, failed. He did not pick calls to his mobile telephone nor respond to a text message sent to the phone.

Some of the constituents, who spoke to one of our correspondents, lamented that they had not had access to him since he was inaugurated as senator representing Ogun West.

A member of staff of Goje’s office, Haruna Adamu, in a telephone interview with one of our correspondents, said there were about five employees working in the office.

He noted that excluding staff’s salaries, the office received over N150,000 on a monthly basis as running costs and for other needs.

Adamu said, “Usually, we have a complaint book which is used to note the needs of the people. Sometimes, I take the book to Senator Goje in Abuja, depending on the urgency of the issues. Sometimes, we wait for him to come.”

A resident of the state, Auwal Samad, told one of our correspondents that constituency office in Gombe South was “alien.”

According to him, most of the lawmakers use their various houses, especially when they come home for festivals. He asked, “Do they have constituency offices, aside Danjuma Goje? They prefer to just appoint special assistants.”

“They remain in Abuja. When they return, their mansions serve as their offices. If their security aides allow you to enter, you should thank God.”

Attempts by one of our correspondents to get the comments of the lawmakers, through phone calls, text messages and emails were unfruitful as the three senators failed to respond as of the time of filing this report.

In Ebonyi State, only Senator Sam Egwu (Ebonyi North) has a constituency office.

One of our correspondents could not locate the constituency office of the Ebonyi Central Senatorial District, represented by Senator Obinna Ogba.

But Egwu’s constituency office is located at the Abakaliki-Enugu Expressway, opposite the Code of Conduct of Bureau office in the state.When one of our correspondents got there, it was empty.

An indigene of Ukpa village in the Afikpo North Local Government Area of the state, Collins Azu, said the problem had never been a constituency office, but the capacity of lawmakers to interact with their people.

He said, “The first thing you do when you get to power is to try not to distance yourself from the people. The possibility of their coming from Abuja to meet their constituents every time may be difficult. The rational thing for them to do is to get offices and employ clerks so that their constituents could send their demands through the clerks.

“In the Ebonyi South Senatorial District, which is represented by Michael Nnachi, there is no constituency office. Senator Nnachi has not got one, and if there is , I don’t know where it is.”

Another constituent, Mr Ogodo Mbam, from the Ikwo Local Government Area of the state, which falls under the Ebonyi Central Senatorial District, said, “Maybe Senator Obinna Ogba has a constituency office located anywhere in the district, but I have not seen any.”

But in Akwa Ibom, the senator representing the Akwa Ibom East Senatorial District, Bassey Albert, has a staff strength of over 345, including his personal aides, drawn from each of the 10 local governments that make up the district.

His Special Assistant on Media and Publicity, Anny Michael, in an interview with The PUN CH, said the senator spent half of his emoluments on the payment of salaries and wages of the staff.

Two Benue senators yet to get offices

Senators Orker Jev and Abba Moro of North-West and Benue South senatorial districts, respectively have yet to get constituency offices.

Senator representing Benue North-West, Senator Jev, has not open his constituency office in Makurdi, neither has he officially announced his aides.

The media aide to Senator Jev, Kukwa Yanor, said the senator would soon have a constituency office.

He stated, “The senator comes home once in two weeks to attend to the needs of his constituents. As of now, he has yet to open his constituency office but hopefully, this will be done before the end of January.

“We receive demands from the people every day and he attends to them. Such demands include assistance for thanksgiving services, burials, weddings and other social events.”

Moro’s media aide, Godwin Ameh, said the senator had about 20 aides drawn from the nine local governments in the senatorial district.

Senator Adelere Oriolowo, (Osun West) said apart from several CVs his constituents submitted daily at his senatorial office in Kajola, Iwo, several other requests for job placements were sent to him through the internet.

Oriolowo, in an interview with The PUNCH, said, “Most of the needs border on money. Requests for money for social functions, requests for job placement, requests for money to pay hospital bills and so on. It will be difficult to do any tangible project, unless we take extreme caution with all these requests.

“People seeking jobs are already aware of the demands of the employers, yet many unqualified people will still come forward to seek assistance for jobs they are never qualified to apply for in the first instance.”

Asked why the senatorial central office had not been opened, the Personal Assistant, Political Affairs to Senator Ajibola Basiru, Mr Olanrewaju Mutairu, said the senator planned to formally open his office located at the Omo West area of Osogbo in January.

Bunmi Bewaji, the coordinator of the senatorial office of Osun East, said Senator Francis Fadahunsi, had visited the office twice after inauguration.

He said the lawmaker mostly received people in his home, while he also attended to their requests via the internet.

Bewaji stated, “In all, we have about eight people working at the senatorial office. We intend to open an office each in the three federal constituencies in Osun East. When all these offices become operational, we are going to have a little over 20 staff members.”

But three senators in Oyo have set up constituency offices in their districts.

Folarin said, “I have two offices in my Oyo Central senatorial district; one in Oyo and another one in Ona Ara.

“Four staff members are manning both and attending to the needs of my people. Basically, what they do is to receive correspondences and avail me of daily needs of our people.”

The senator from Oyo South, Kola Balogun, has a constituency office in Ibadan with five members of staff.

Balogun in a phone chat with The PUNCH, said, “The essence of opening constituency in the heart of the city of Ibadan is for me to receive timely information about the needs of my people.

“Remember my victory over a serving governor was divinely ordained. So, I cannot but continue to do good and be a listening senator to meet their needs.”

The senator for Oyo North, Fatai Buhari, visit his own offices in Ogbomoso and Oke Ogun as “situation rooms.”

But the immediate-past president of the Committee for the Defence of Humanr Rights, Mr Malachy Ugwummadu, said constituency offices for legislators were not a creation of any law but an age-long political practice designed to ensure greater access of the electorate to their elected officers.

He said, “There must be serious political actions of engagements instituted to ensure that elected officers don’t escape and abandon the electorate and that they do so at their own peril as recall processes under the constitution can be activated against them or they can be voted out in the next election circle.”

Lawyers in separate interviews with The PUNCH, said it was important for lawmakers to have constituency offices.

A lawyer, Mr Stanley Imhanruor, says the budgetary provision for constituency office for legislator is backed by law and implies that the money released for it must be spent on it.

He added that a breach of this could warrant a basis for criminal investigation by the Independent Corrupt Practices and other related offences Commission.

He said, “The unfortunate thing is that there are no clear cut data in the public domain on how they earn as jumbo allowances as everything seems shrouded in secrecy for ulterior motives.

Another lawyer, Inibehe Effiong, said while the concept of setting up a constituency office was necessary in a democracy, it had been abused in Nigeria.

He said, “A constituency office is necessary in a representative democracy. Lawmakers are supposed to have functional offices in their constituencies where their constituents can reach them and submit their problems and grievances.”

Insecurity shouldn’t be an excuse – Ex-DIG

Also, a retired Deputy Inspector-General of Police, Adedayo Adeoye, said elected leaders had no excuse for not visiting their constituency offices, noting that they were simply avoiding being accountable to the electorate.

10 essential tips for women trying to get pregnant